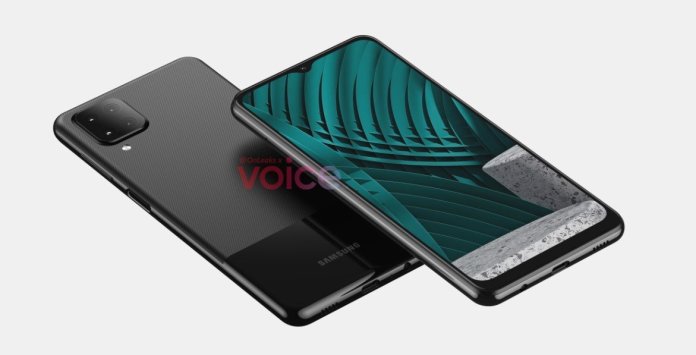 In a previous article, we have claimed that the South Korean giant Samsung is expected to launch a new smartphone- Samsung Galaxy M12. Now unsurprisingly, this phone has been spotted on Bluetooth SIG certification as well as Wi-Fi Alliance websites, revealing some key specifications of this upcoming device. So let’s check out all these specifications.

The Bluetooth SIG certification also reveals the same model number of this phone and the phone will come with Bluetooth 5.0 support.

According to the previous leaked, the Galaxy M12 will have a square shape module on the backside to hold the rear camera lenses alongside a flash. The back panel of this phone also has a dual texture design with a stripped upper section and a smooth glossy lower section, where the Samsung logo is also located. Looking at the back design, it can say that the backside of the upcoming M12 has a similarity with the Pixel 3 series.

Regarding the display, the Galaxy M12 may have a 6.7-inches display and will also feature a teardrop notch to hold the front camera for selfies and video call purposes. In terms of dimension, the phone measures (163.9×75.9×8.9)mm.

The leaked report also reveals that this upcoming Samsung smartphone will have a huge battery backup of 7,000mAh, but there is no confirmation about the supportive charging speed. The Galaxy M12 also has a side-mounted fingerprint sensor. There will be a USB Type-C charging port alongside the speaker grille and a 3.5mm audio jack are also sit at the bottom edge of this phone.

Though there is no official confirmation about the release date of this upcoming smartphone, it is expected that the company will reveal many details soon.

Meizu 18 spotted on Chinese retailer website ahead of launch soon