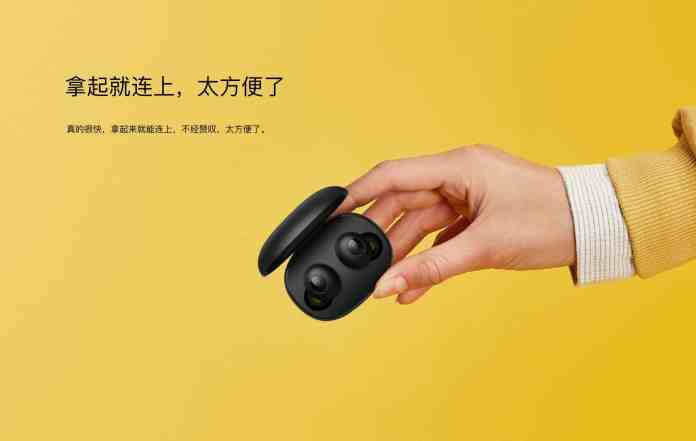 Realme’s True Wireless Stereo (TWS) headphones can soon hit the market. This comes after Realme Buds Air 2 received the FCC certification. An FCC certification is a label that is provided to an electronic product that has to be sold in the United States.

The model number seen in the certification was RMA2003. This will be the successor of the current Realme Buds Air series. It is widely speculated that TWS earbuds will bring improvements to sound and design. The Air 2 will come with a hardware version 1.0 and a software version of 1.1.0.7. The image along with the certificate shows that the Realme Buds Air 2 charging case might be having an oval shape and will possess a 400mAh battery. According to a few reports, it will have Bluetooth 5.1 connectivity and will also come with an in-ear design. Unfortunately, other than this, not much is known about the new TWS buds.

Apart from Buds Air 2, Realme is expected to launch another headphone model. Realme Buds Q2 has received a certification from Indonesia Telecom. The model number seen on the certification is RMA2008. With two certifications in a short time, the market expects the Realme to launch these headphones in the early part of 2021. Currently, Realme has Buds Air Pro, Buds Air Neo, and Buds Air in the market already as the TWS earbuds. The latest of all is the Buds Pro which consists of a ‘power-efficient’ S1 chip which helps in noise cancellation. Hopefully, more can be known about the specs of the two new earbuds in the coming days.

Bose Sport Open Earbuds with an innovative design launched at $199