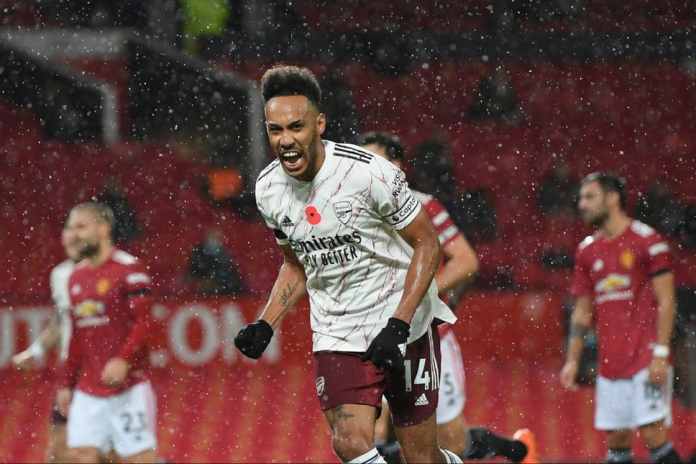 Spurs, Chelsea and Manchester United fans would joke in the comments sections that Aubameyang broke his back carrying Arsenal for all this while. However, there is a much deeper problem at hand, and Arsenal’s position in the league table right now is the harshest proof of it.

Since Mikel Arteta was appointed following the departure of Unai Emery, the Spaniard has managed to deliver an FA Cup and the Community Shield within 12 months of appointment.

That initial high of having a former player manage the club has now fully fizzled out, and what we are left with is a shell of an attacking display from Arsenal.

The main problem in the team, as outlined by Opta is the fact that the ball is barely being supplied to Aubameyang. He has scored only two goals from ten games this season, and the attacking metrics all prove that 20/21 has been a fall from grace for the forward.

Aubameyang has scored only one goal from open play in ten matches. His xG per 90 is 0.14, while Dominic Calvert-Lewin, the top scorer in the league so far has about five times that metric.

Mikel Arteta has mainly deployed the Gabon striker in the left-wing role. This has seen his role change from scoring to creating and has seen the chances created drop as well since it isn’t his main position.

The one-time Aubameyang managed to play as a central striker, he blossomed and had the best numbers after a long time. He had the most touches in an opposition box (9), the best xG figure (0.67) and most shots on goal (5).

Under Unai Emery, Arsenal’s talisman had a lot of freedom to roam around the frontline to receive the ball in spaces and construct moves he eventually finished himself. However, his position on the left-wing has prevented that from happening.

Arsenal need creativity in midfield and on the flanks and need Aubameyang to be on the end of balls to finish them off. Dropping one of their best playmakers in Mesut Ozil has done them no favours this season, and spells further woe for the Gunners going forward.

That is, of course, unless they manage to find a creative spark extremely soon.