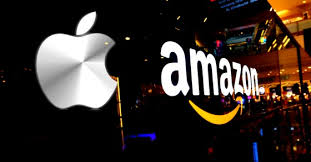 Among the leading tech giants, Amazon and Apple are creating a team to support the growing number of developing apps and different software for Apple devices.

An agreement was revealed on Monday. Now Amazon is making available the Apple computers through Amazon Web Service; the cloud computing business allows the Apple developers to make and test those apps remotely, rather than buying the machines and maintaining those properly.

This system could assist the developers who are the head of a software and services strategy that is a main important sales driver for Cupertino, Calif. – based Apple.

Initially, in the data centers of Amazon, Apple will be a version of the Mac Mini that has been available for a bit of time. An Amazon Web Service vice president, David Brown, said that the hardware would be updated when Apple will launch that new equipment. Apple revealed a Mac Mini in November, which was powered by an M1 chip it designed, supplanting Intel Corp. chips. Mr. Brown has informed that Amazon has a target to install M1-based Macs early in 2021.

He added, “We’re going to support the Mac operating system and Mac machines-whichever ones customers want access to.”

Amazon evangelist Jeff Barr wrote in a blog post, “Powered by Mac Mini hardware and the AWS Nitro System; you can use Amazon EC2 Mac instances to build, test, package, and sign Xcode applications for the Apple platform including macOS, iOS, iPadOS, tvOS, watchOS, and Safari.”