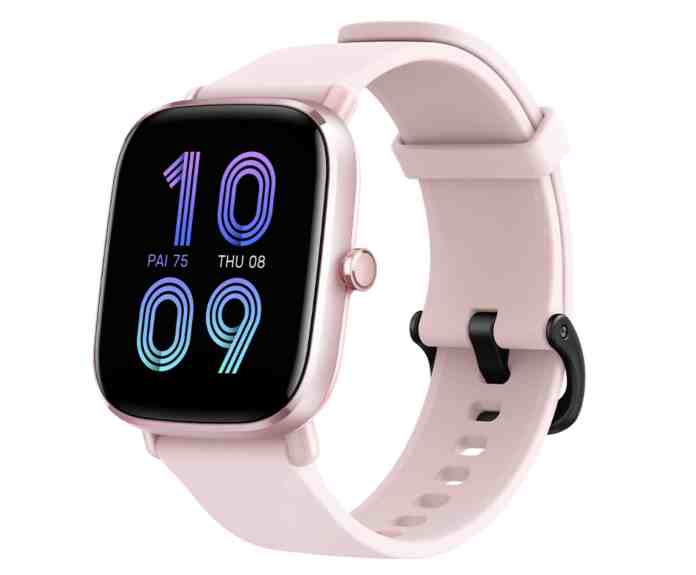 Huami, the world’s leading smart wearable brand, has recently unveiled the Amazfit GTS 2 mini on December 1. The company has shared a teaser post on its official Weibo handle which released new information about the smartwatch along with its release date.

The Amazfit GTS 2 mini has an AMOLED screen at a resolution of 354×306 pixels, with 301ppi pixel density. The wearable comes with an aluminium body with a Bluetooth v5.0 for connectivity, it is also water-resistant up to 50m as it is rated 5ATM. With a battery capacity of 220 mAh, the smartwatch is expected to still reputedly last up to seven days of active use between charges. It is said to be compatible with both Android and iOS while other features include a BioTracker and 2 PPG for 24-hour heart rate and SpO2 monitoring. Sleep tracking and over 70 sports modes will also be available.

The teaser video released of the Amazfit GTS 2 mini by Huami on Weibo shows a curved screen and a single button on the right side. The wearable will be launched in Obsidian Black, Deep Pine Green, and Rose Powder colours with matching straps for CNY 699 (~US$106). Huami has not yet disclosed any plans of releasing the Amazfit GTS 2 mini outside of China. Huami’s CEO Huang Wang has also shared the video and a top executive of the company has said that the new wearable is targeted at the youth.