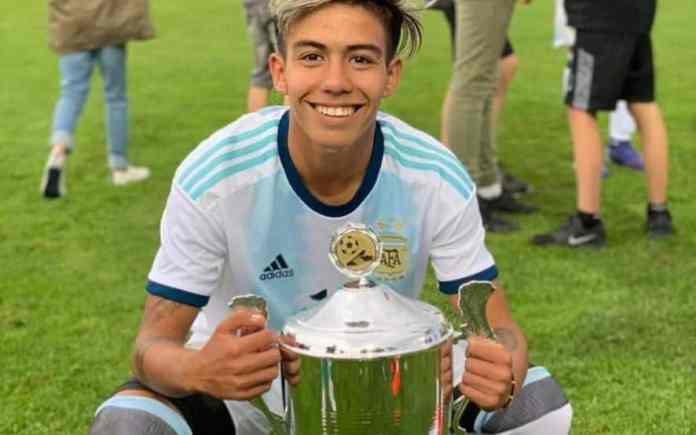 Dario Sarmiento is currently a young winger playing for Estudiantes in Argentina. However, if rumours are to be believed, things could change for the youngster in the summer of 2021.

Manchester City are reportedly keen on signing the teenage Argentine winger and are preparing a bid worth €19 million including add ons and bonuses. Considering that the youngster is only 17, he will join the youth academy of Manchester City before hopefully transitioning to the first team.

To quote transfer specialist Fabrizio Romano, City are in ‘advanced negotiations’ to sign the player. They are looking to get the deal sorted out as soon as possible, and the player himself will join the club in the summer of 2021, by which time, he will have turned 18.

Considering the plethora of talent that Manchester City have in terms of wingers, it is unlikely that Dario Sarmiento will be favoured to break into the first team. Especially if the likes of Raheem Sterling, Bernardo Silva, Ferran Torres and Riyad Mahrez continue to perform at the level that they already are at.

The Argentinian’s future will apparently lie with ‘City Group’, which means that a spell in New York or any of the teams which fall under the City Group umbrella could be on the cards.

The Argentine youngster has featured for the Under 16 national team 6 times and has managed to score 4 goals. He has only featured 11 times in all competitions for Estudiantes and has only registered a singular assist, with no goals to his name yet.

Dario Sarmiento came through the ranks at the Estudiantes academy itself and played for the Under 20 team until 2019. He only broke into the first team last year, but a move to a European giant of the stature of Manchester City could really skyrocket his progress.

Top 10 most innovative sports team in the world