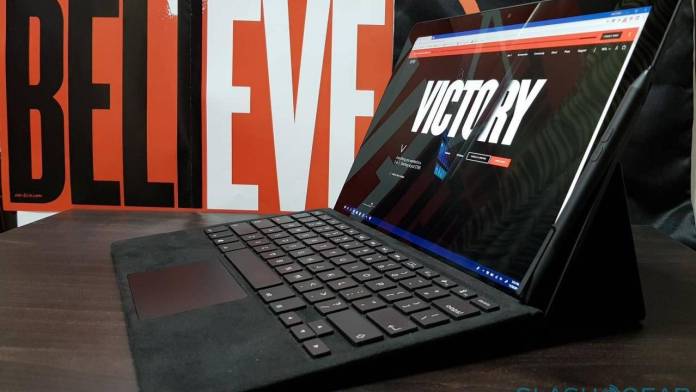 Microsoft has been taking a break with its launch of new Surface models. It’s a well-known fact that the Windows maker is forward its plan of launching an ARM-based windows Surface model. With the collaboration of Qualcomm and Microsoft, we will get to see the next platform defining update from Microsoft real soon.

But that doesn’t make it competitors will sit idly while Microsoft tries to gain momentum. Eve Devices, known for going head to head with the previous versions of surface models, is all but ready to launch its 2nd generation Microsoft surface rival, the V 2020. The machine is set to be launched on December 1st, 2020, and the pre-orders of the device will also start on the same date.

The company has taken an interesting sales policy. Its customers will apparently need to make a deposit of US$300, which is completely refundable. Since the price of the device is not announced yet, the remaining amount will be returned back to the customer.

According to sources, the shipment of the units will most likely take place after the Q1 of 2021. But the company claims that the first 500 units of the V 2020 model will be sold at its lowest possible price, which means that they will probably be cheaper than US$300.

The upcoming 2-in-1 convertible PC will have Tiger Lake Intel CPUs and an HDR display. The OEM is also providing a stylus for the screen with Wacom technology. It will have an LED, a power button, 2 USB type C ports, and possibly an air intake. The ports also support Thunderbolt 4, which, as the OEM points out, can handle a range of peripherals “from headphones to eGPUs.”