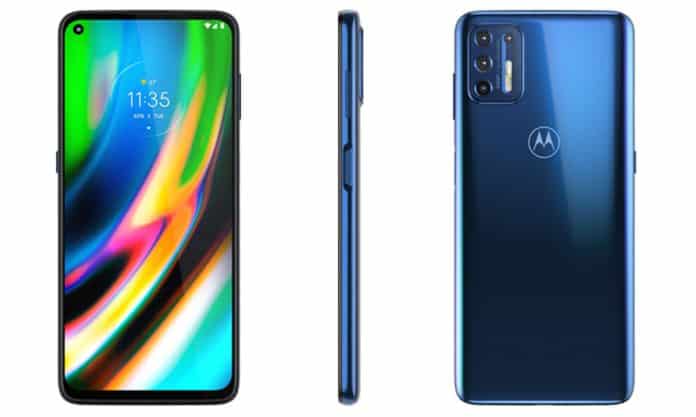 Motorola has launched its Moto G9 Plus in Brazil back in September. But that time, the company has not confirmed anything regarding its Indian launch. But recently, the Moto G9 Plus has been spotted on the Indian BIS (Bureau of Indian Standards) certification website (model numbers XT2083-7 and XT2087-3) and that particular listing is hinting that this smartphone is going to launch in India pretty soon (no exact date has been announced by Motorola). The other two smartphones of this G9 series, the Moto G9 smartphone has already been launched in India, and the Moto G9 Power is expected to launch in the second week of December.

Moto G9 Plus has a Full HD+ screen resolution and 4GB of RAM. The dimension of this phone is (170.00 x 78.1 x 9.70) mm and weighs 223 grams only. Moto G9 Plus is a mid-range smartphone from the house of Motorola’s popular G series phone. Motorola offers two color options for this model- Indigo Blue and Rose Gold. Regarding the other specifications, the phone comes with a 6.8″ Full HD+ hole-punch display with (1,080 x 2,400) pixels of screen resolution, and the phone also features a Max version display with HDR10 support.

The Moto G9 Plus is powered by Qualcomm Snapdragon 730 Chipset coupled with 4GB RAM and 128GB of expandable internal support, which could be expanded up to 512GB via an external MicroSD Card. The phone runs on an octa-core CPU clocked at 1.80GHz and the motherboard of this phone has a codename of “Odessa”.

The Motorola G9 Plus is backed by a 5,000mAh battery with 30W of fast charging support. The phone also includes a side-mounted fingerprint sensor, the Google Assistant button is placed on the left side of the phone.

The phone has 4G network connectivity. Moto G9 Plus has a dual Nano-SIM slot, while the other connectivity options of the Moto G9 Plus include Wi-Fi, Bluetooth 5.0, GPS/A-GPS, 3.5mm earphone jack, and USB Type-C port for charging. The onboard sensors of the phone are- proximity sensor, ambient light sensor, gyroscope, and accelerometer.