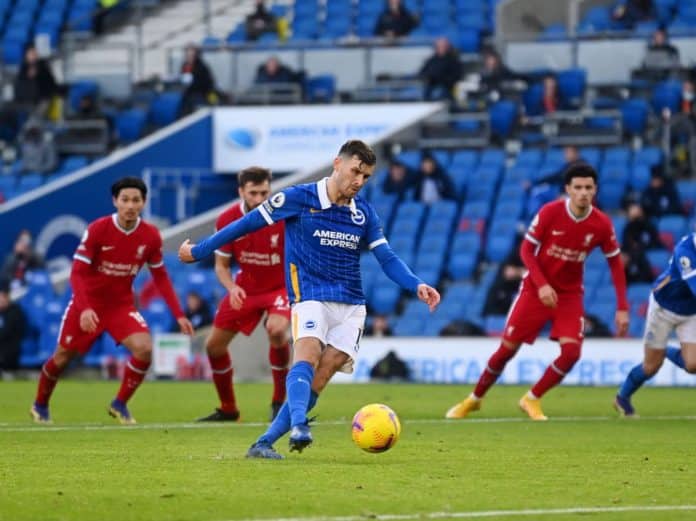 Liverpool were on top of the Premier League and were hoping to continue their place at the top but a late draw at Brighton has cost them 2 points.

Liverpool felt it was enough to get them 3 points but a controversial Welback penalty in the injury time of the second half, saw Brighton salvage a draw against the champions.

Klopp was upset with the result and Milner’s injury and we saw a heated post-match interview. Former Premier League referee Peter Walton has now explained the controversial penalty.

Walton told BT Sport: “He’s taken the context of the challenge out of it and seen it in slow motion. He’s seen there’s contact – which we can all see – and has judged it just on that.”

“The high bar the Premier League uses to intervene has been lowered in recent weeks. It certainly does to me (feels like the bar has been lowered). I’ve got to re-calibrate my thinking as well.”

“If you remember VAR was brought in for clear and obvious errors. Just because there’s contact doesn’t mean it’s a foul – the game is a physical game.”

“If we put it in slow-motion, yes, there’s clear contact there and you can give a penalty based on that. The point I’m trying to make here is that should VAR have got involved? Or should we leave it to the on-field referee to make that decision?”