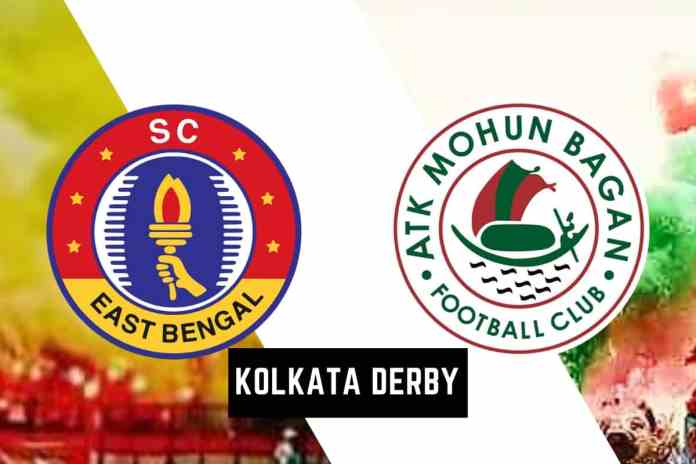 Indian Super League is all set to witness its first Kolkata Derby as SC East Bengal will take on ATK Mohun Bagan tonight. All the fans are excited to watch one of the most famous Asian derbies on such a large scale.

ATKMB have already made a winning start to their ISL 2020-21 campaign as they beat Kerala Blasters 1-0 in the opening match. On the other hand, SCEB have made some very good signings. So it won’t be surprising if they manage to pull off a famous derby win in their ISL debut match.

When is the SC East Bengal vs ATK Mohun Bagan ISL match?

The ISL match between SC East Bengal and ATK Mohun Bagan will be played on 27th November 2020.

The match will be played at Tilak Maidan in Vasco, Goa.

Which TV channels will broadcast the ISL match live in India?

Star Sports is the exclusive media broadcasting partner of the ISL match in the Indian sub-continent. You can watch the match live in India on Star Sports channels.

Share
Facebook
Twitter
Pinterest
WhatsApp
Linkedin
Previous articleOFFICIAL: SC East Bengal release official anthem for their fans, supporters and team members
Next articleMarcus Rashford on the cover of GQ as their Campaigner of the Year