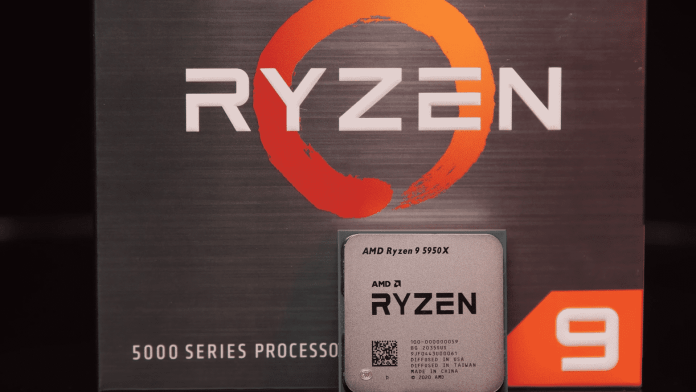 It’s been few weeks since the new Ryzen 5000 series processors have come to the market and we are seeing some records broken held previously by AMD Ryzen 3000 series processors. The new monster in the house, the 16-core Ryzen 9 5950X has been recently overclocked and the results are phenomenal.

Although overclocking is bad for health for any CPU out there, but hey, you do want to create new records and thanks to the new Precision Boost Overdrive (PBO) 2.0 feature that primarily focuses on adaptive undervolting. So, this feature allows you to explore the best out of a new Ryzen 5000 processor.

The monstrous CPU at that clock speed made a new record at Cinebench R23 as it was able to outperform a 32-core/64-thread Ryzen Threadripper 2990WX in the multi-core benchmark by 3%. This is a huge deal although the 2990WX is a two-year-old processor, it is worth noting that it has double the cores and threads as well as cost much higher.

The potential the new Ryzen 5000 series processors is huge as we see impressive performance with modest specs and the overclocking capabilities are huge as this was done with just a AIO cooler. It will be great to see what professional overclockers do with liquid nitrogen cooling.

Godzilla vs. Kong Movie All the Details, Release Date and the Expectations