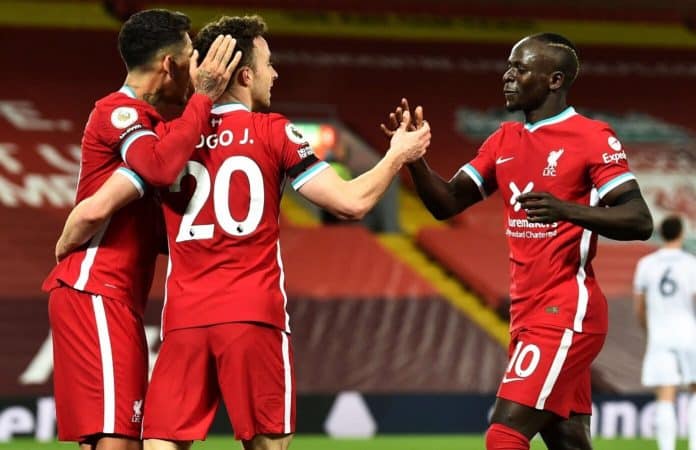 With the group stages of the UEFA Nations League done with, Premier League football came waltzing back onto our screens with matchday 9.

Here is what went down over the weekend:

The reigning Premier League champions managed to break another record in their 3-0 victory over former manager Brendan Rodgers’s foxes at Anfield.

Fabinho returned from injury to take charge of the centre-back role and looked very comfortable at the back. The scoring opened 20 minutes into the game when Leicester centre-back Jonny Evans comically headed in an own goal from a set-piece position.

Diogo Jota then managed to double the Reds’ lead shortly before half-time. Andy Robertson’s cross found Jota as the Portuguese made a great run across the box and completely beat Schmeichel.

Liverpool had the chance to knock five or six past the visitors but were unlucky. However, Bobby Firmino managed to get on the scoresheet as well as he headed home a corner delivered by James Milner to bury the match in favour of the hosts.

A first-minute goal against Fulham and a brilliant close-range strike to bag a brace and isolate himself at the top of the Premier League scoring charts once again, Dominic Calvert-Lewin was absolutely in form against a frightened Fulham defense.

The England international is the first to reach double digits in goals scored this season. His performances this season have made him one of the hottest prospects in the Premier League this season.

Who/What is in the Spotlight?

Share
Facebook
Twitter
Pinterest
WhatsApp
Linkedin
Previous articleJetSynthesys clocks in more than a billion minutes of ‘Asli Cricket’ play time during the IPL 2020 season
Next articleAntoine Griezmann: “Messi told me that once I was on his team he would go to death with me.”