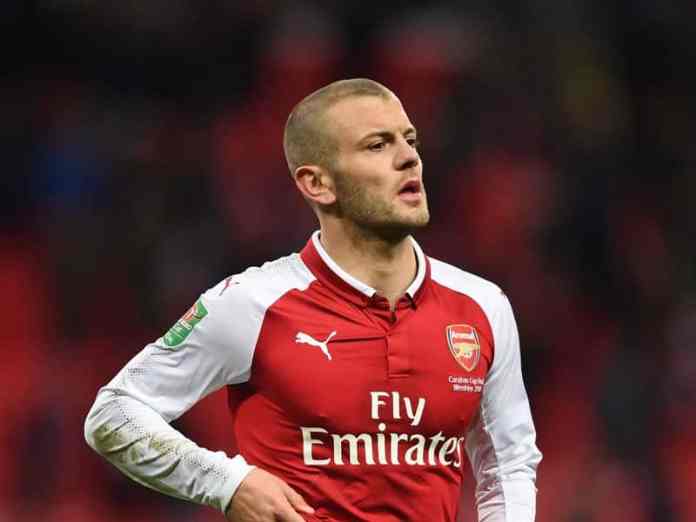 Arsenal managed to earn a point at Elland Road despite being reduced to 10 men against a rather wasteful Leeds United side. The whites were on the front foot for the most part of the match, and most of Arsenal’s offense came from counter-attacks.

With that said, the club have not managed to score from open play in over 450 minutes in the Premier League. These stats have led to a rather disappointing recent run of form where even captain Aubameyang has failed to rescue the Gunners.

Arsenal have managed to win only one out of their last five League games, a win against Manchester United at Old Trafford. The only goal of the night came from the spot as Aubameyang gave the visitors the lead.

The North London club lost against Manchester City, Leicester City and Aston Villa without scoring a single goal. They drew against Leeds most recently to get only four points from a possible 15.

Former Arsenal midfielder Jack Wilshere replied to the tweet with a few emojis to suggest that he could try helping his boyhood club out of their recent slump.

Wilshere moved across London to West Ham in 2018 before spending as many as 17 years with Arsenal. He has since found game time hard to come by, struggling with injuries. The player has been a free agent since the start of the season and recently spoke to talkSPORT regarding his next move:

“Not that I have regrets that I went to West Ham because in my head things would have turned out differently. But this time I am going to take my time and find something that suits me.

“I want to go back on the pitch with a smile on my face and play 20 to 30 games a season where I am an important player for a team.”