Koeman rests Messi and De Jong for the trip to Kiev 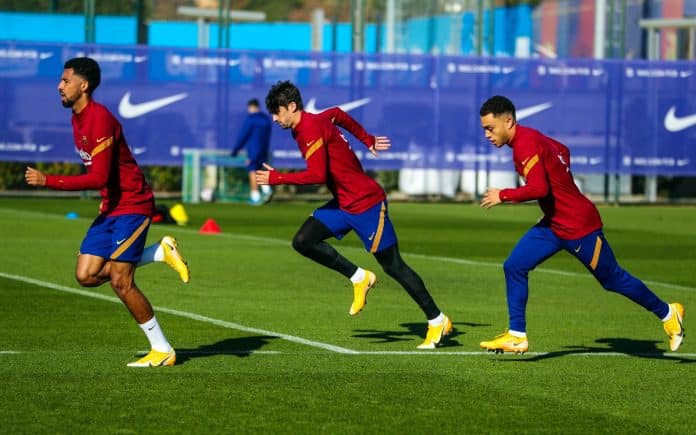 Barcelona has been suffering a bad form in their own league and indeed this is the worst situation ever for the Blaugranas. However, their Champions League situation looks good as they sit top of the table and with a win they will surely secure their place for the Champions League knockout stage.

Also, they have some matches left and so the Dutch coach has rested two of its main players Messi and De Jong, who were part of the last 1-0 defeat against Atletico de Madrid. FC Barcelona will be visiting Dynamo Kiev this Tuesday with a 9.00pm CET kick-off time.

Ronald Koeman has decided to call up 19 players for this match, which will be played at the Kiev Olympic Stadium. They are: Ter Stegen, Dest, Aleñá, Griezmann, Pjanic, Braithwaite, O. Dembélé, Riqui Puig, Neto, Coutinho, Lenglet, Pedri, Trincao, Jordi Alba, Matheus, Junior, Iñaki Peña, O. Mingueza and Konrad. Piqué, Ansu Fati, Sergi Roberto, Umtiti, Sergio and Araujo are out through injury, whilst De Jong and Messi have been rested for this match. Koeman explained these two absences by saying that the players “need a break.”

This will be a great chance for the Barca youngsters as a lot of players remain injured but their main problem lies with Sergi Roberto’s and Pique’s long term injury that can weaken their defence, with Araujo and Umtiti also injured, Barcelona’s back line looks thinner than usual.

Obviously, saving his two main players is a good move by Koeman and this means De Jong’s role is up for grabs by young Aleñá or Riqui Puig. Whereas Pique’s role could be taken by Barca B players and for Messi, Trincao or Coutinho can play in. It will be a more young Barca to look forward to on Tuesday against Dynamo Kiev.