ISL 2020-21: Everything you need to know about the Kolkata Derby on 27th November 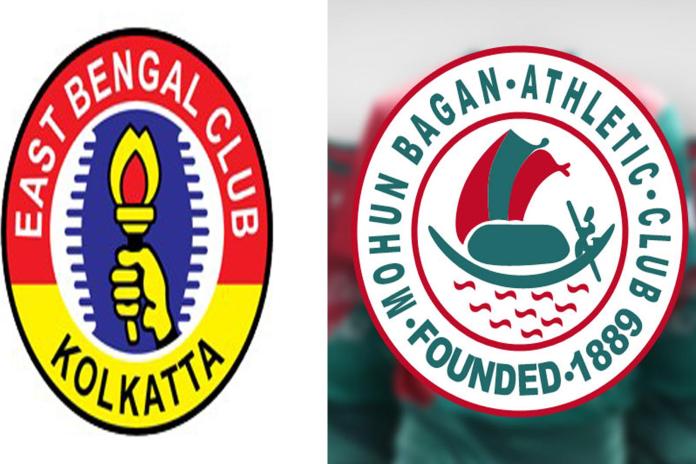 After a long wait, SC East Bengal is finally going to make their debut in this year’s Indian Super League along with their counterpart Mohun Bagan. But interestingly, their journey will start with a derby, the Kolkata Derby. SC East Bengal will take on ATK Mohun Bagan FC in their opening match of this ISL season.

SC East Bengal has tied up with Shree Cements to participate in the ISL. Meanwhile, Mohun Bagan has merged with 3 time ISL champions ATK and is now known as ATK Mohun Bagan FC.

This is the first time that a city is being represented by two clubs in ISL. The two Kolkata giants ATKMB and SCEB are the torch bearers of Indian football with their rich legacy.

The top flight of Indian football, Indian Super League will witness its first Kolkata Derby, also referred to as the ‘Boro Match’. The derby will take place on 27th November at 7:30 pm IST. The match will be played at Tilak Maidan Stadium in Goa.

Although the match will be played behind closed doors, there’s no drop in excitement as the die-hard Lal Holud and Sobuj Maroon fans will stick in front of their TVs supporting their beloved clubs. The whole of India will get a taste of the Kolkata Derby on a large scale.

The cold war between the two managers has already started. SC East Bengal boss, Liverpool legend, Robbie Fowler said, “We know how tough any game would be. But for us to get the reigning champions and to get a massive derby out of the way is something to train for. It’s a massive game for our players and we can’t wait. We will be looking forward to it.”

“All we can do is get the team as ready as we can. We really will be ready. No pressure on our boys. We are new boys in the league. Let’s put all the pressure on ATK Mohun Bagan”.

Meanwhile, ATK Mohun Bagan boss Antonio Habas said to ease the pressure from his side: “We are here to play against not only East Bengal but all the other nine teams. So, the fixture doesn’t matter as we are preparing ourselves for every encounter.”

ATKMB has already made a winning start to their ISL 2020-21 campaign. They beat Kerala Blasters FC 1-0 courtesy Roy Krishna’s goal. They are a seasoned campaigner with lots of experience of winning the ISL.

It will be interesting how SC East Bengal will line up and play against their biggest rival in their ISL debut match. A lot will be at stake as winning the Kolkata Derby will provide added confidence to the winning team and may even push then to lift the trophy at the end.