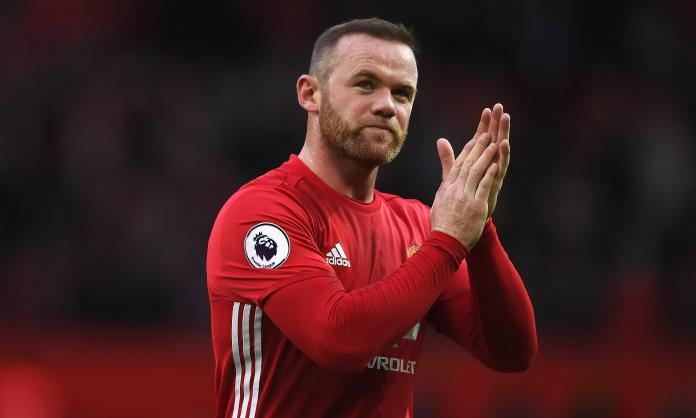 Manchester United legend Wayne Rooney was one of the best Premier League players. He currently plays for Championship side Derby County and is also one of the assistant coaches.

Wayne Rooney started his Premier League career with Everton and was one of the most sought after talents in Europe. The then 18-year-old signed for Manchester United in a £25m deal in 2004. He then went on to become the club’s record goalscorer after 13 hugely successful years at the club.

But Rooney’s fate could have been different. He was going to sign for Newcastle United before joining Manchester United. On the other hand, Everton was pushing him for a Chelsea move.

Rooney said on the UTD Podcast: “I knew it [joining United] was an option before Euro 2004. I knew Manchester United wanted to sign me. I think going to the Euros, and doing well there, probably added a bit more money onto the transfer fee but I broke my foot and found out a few things.”

“Everton were really struggling for money at the time and I found out they were listening to offers from people as well. They were trying to push me to sign for Chelsea because they were going to pay the most money. But, once I knew United were interested, I wanted some confirmation that they did want to sign me.”

“Once I knew they did want to sign me, it was the only club [for me].”

“It was a perfect fit for me. United actually wanted to wait a year, until the following year, but then Newcastle came into talks with Everton and with myself. I’d gone too far then. I couldn’t wait another year, I couldn’t stay another year at Everton, so I was prepared to go to Newcastle for that year.”

“I spoke to them, we spoke about the salary and what I wanted. [I told them if] I went there and Manchester United came in, they’d have to let me go. Newcastle were agreeing to that but obviously, with United, I went back to them and said, if you don’t do it now, I’ll go to Newcastle with a clause in place. United obviously didn’t want me to go there so I came here.”

“It was basically whatever Newcastle paid for me, United would have paid a year later.”

Manchester United were lucky to get their hands on one of the best generational talents.

In an interview led by South African broadcaster Carol Tshabalala, Fatma Samoura spoke about the effect the Covid-19 virus has had on football ZURICH, Switzerland,...
Read more
Gaming

BXP, short for, BlitzkriegXP, is India’s first-ever experiential Esports organisation which kickstarted in June 2020 with a vision to become a premier international Esports...
Read more
Sports

The popularity of online casinos continues to grow as lockdowns make more gamers and gamblers explore entertainment options. There are risks, however, to playing...
Read more

Manchester United has started the UCL campaign with an exciting form this season. After the first 4 matches in the group, they are now...
Read more
Football

Sami Khedira may leave Juventus in January with a potential move to the Premier League. According to reports, multiple Premier League clubs are interested...
Read more
Football

In an interview led by South African broadcaster Carol Tshabalala, Fatma Samoura spoke about the effect the Covid-19 virus has had on football ZURICH, Switzerland,...
Read more

East Bengal is again defeated by Mumbai City FC by 3 goals on Tuesday at GMC Stadium, Goa with their back-to-back defeats in their...
Read more

Scottish Premiership club Glasgow Rangers have officially announced that they will be broadcasting Hero ISL games in the UK via Facebook. The same way...
Read more