Red Dead Redemption: The Outlaws Collection appears in an early listing on Amazon 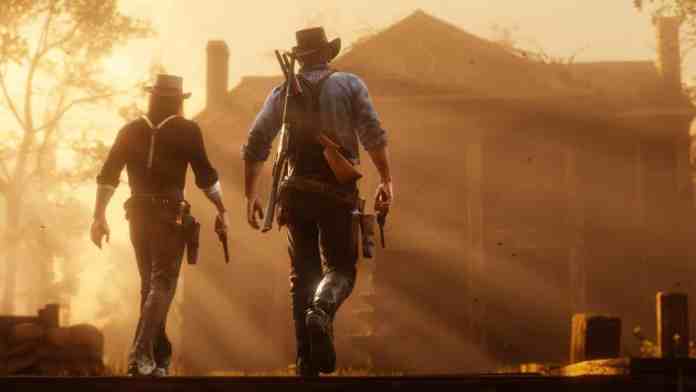 Earlier an interesting entry was spotted on Amazon listing a collection of Red Dead Redemption titles. It was first noticed by Twitter user @GameLeaksRumors and has since been removed by Amazon. Red Dead Redemption: The Outlaws Collection so far looks like a bundle to get both award-winning titles together in one package. And since the next-gen consoles are already launched, it means that game will start selling soon enough.

In the listing, we can see an array of technical enhancements. It includes ray tracing and faster loading times. It will allow faster loading, all thanks to the power of the SSD powering both next-gen consoles. Xbox One should also see plenty of improvements over the original Xbox 360 version of Red Dead Redemption 2.

“Red Dead Redemption 2 may not be perfect, but its minor shortcomings are like tiny blemishes on a stunningly beautiful face. In a way, they only serve as a reminder of how this world isn’t made for perfection. Every single aspect of the game will put you into the very shoes of an outlaw roaming America with his gang as they try to escape the law long enough to make the money needed to disappear for good. It’s an epic, memorable and engaging tale which also elevates the open-world genre to new heights with the brand new interaction system, a cast of unforgettable characters, and a ton of high-quality content to play for a long time.”

The titles are listed at a $69.99 price point, which is not uncommon for PlayStation 5 titles. And considering the excellent value for two of Rockstar Games’ best open-world titles to date, the price is reasonable. We will be able to hear more news from the Red Dead Redemption: The Outlaws Collection soon. Till then, stay tuned.