NVIDIA posts record revenue for fiscal 3Q21, thanks to the gaming market 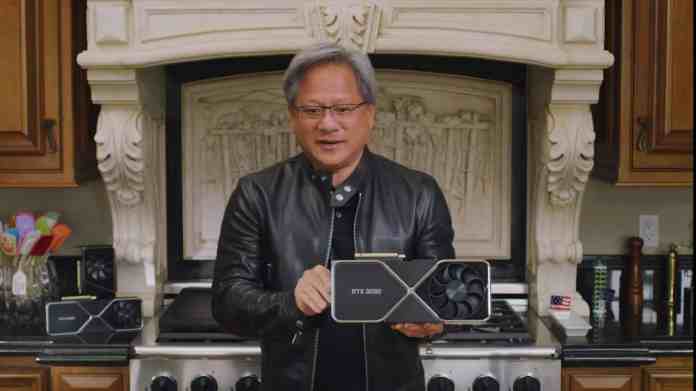 A few days ago, NVIDIA, the graphics giant, posted its recent revenues, and it really looks beyond promising. Yes, the company posted a record US$4.73 billion in revenue for the third quarter that ended October 25, 2020.

Obviously, NVIDIA’s big revenue record was driven by its compute and networking segment, increasing 146% from a year ago to $1.94 billion. The company’s significant graphics segment was up 25% from last year to $2.79 billion.

The major boost in revenue came from the gaming market, thanks to the strong sales of its new Ampere GPUs. In this segment, NVIDIA witnesses a 37% increase from last year to $2.27 billion, and it will get even stronger as NVIDIA looks forward to launching more Ampere GPUs in the coming months both for PCs and laptops.

NVIDIA also reported a whopping $1.9 billion in revenue from the data center market, just behind the gaming division. Still, the same market revenue increased by 162% from the same period last year, thanks to their Ampere GPUs’ sales for data centers.

The graphics giant’s acquisition of Mellanox, which closed earlier this year, contributed to almost 13% of the total company revenue and about a third of data center revenue. However, NVIDIA expects its data center revenue to decline in the current quarter to lose Chinese customers.

This revenue can drive even further when its big $40 billion acquisition of ARM from SoftBank gets closed, which is expected to close in the first quarter of 2022. Obviously, this will have its own impact as ARM helps a lot of companies to develop chips for smartphones, PCs, and a lot more.

NVIDIA expects almost $4.8 billion in revenue in its fiscal fourth quarter and will eventually increase when NVIDIA combines with an ARM in the coming year, a good time to invest in Jensen Huang’s company indeed.

via CNBC and Digitimes

The Cupertino giant had an amazing 2020 with the unveiling of its own Apple Silicon, aka Apple M1 chip, that has totally stirred the...
Read more
Technology

India has become a hotspot for investment and manufacturing in 2020; almost every brand is affected by the US-China trade war. This opportunity has...
Read more
Sports

FanCode joins PHL as their official OTT partner - The partnershipis a first for any Olympic medal sport in India; aims to take handball...
Read more

Finally, today, after having leaked completely already, NVIDIA has made their new RTX 3060 Ti available via a press release, and it kept the...
Read more
Technology

NVIDIA is already having a bad time in managing its stock of its new RTX 30-series GPUs, now in the mean time, when only...
Read more
Technology