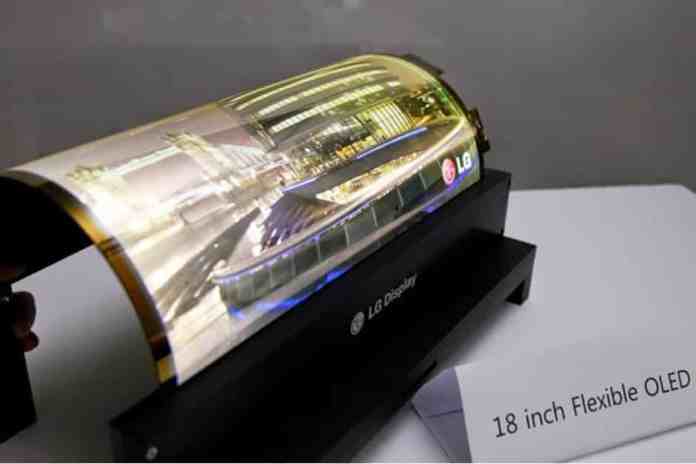 We have already seen tech companies take the revolutionary step and launching several handheld devices with foldable screens. But none had still ventured into the territory of foldable laptops. However, now the Korean giant, LG has set its eyes on a foldable screen for high-end devices. It has already started offering its high-end rollable TV and is now bringing a rollable smartphone into the market.

But that’s not what we are talking about today. The company has filed for a patent to apply its foldable technology to manufacture a high-end rollable display for laptops. The patent is titled a ‘Portable electronic device having a rollable display structure.’ It talks about a chunky wand case-like structure that will house a rollable laptop display. The display will be available between 13.3-inch to huge 17-inch screen size. Users can also unfurl one-third of the show while listening to music, the same as the case with LG TVs.

LG has already patented a smartphone where the screen can be extended to achieve a tablet or foldable laptop form factor. The company is expected to launch this smartphone in March next year. Sources claim that it will be called LG Rollable.

The LG Rollable will be launched along with side LG Wing. Applying the foldable display technology to smartphones is one thing, but it will be interesting to see whether the company can use its rollable TV technology to laptops.

LG laptops are always famous for being lightweight and having large displays. LG now is going to include a 17-inch variant in their Gram...
Read more
LG

LG Q63/Q83 will come with a triangle-shaped camera module

A piece of good news is coming out from LG, as the South Korean company is expected to launch another Q series smartphone- LG...
Read more
Technology

Excited about the new Xbox Series X or S and Sony PlayStation 5? Then you should definitely know that for a great gaming experience,...
Read more
Technology

LG has come with its new gaming monitor, LG UltraGear 27GN800-B having a Nano IPS panel. This monitor covers 99 percent of the sRGB...
Read more

Okay, I am pretty late in making this article as in India, the laptop was available pretty late, and due to stock issues, I...
Read more

Compact gaming laptops are a myth these days and though you have Nintendo's with you they aren't that much powerful. A lot of makers...
Read more