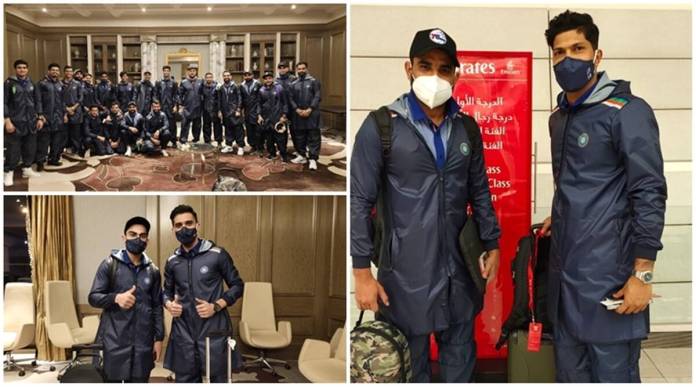 After a long break due to the COVID-19 pandemic, Team India is finally going to start their international action against Australia next week.

The Indian Cricket team is in a bio-bubble in Australia currently. No players are allowed to mingle around, move outside, or dine together.

In the last few weeks, many cricketers have spoken about the difficulties of this bio-bubble. Now Indian players are also joined in that list.

The rules of bio-bubble in Sydney is-

Indian captain Virat Kohli said, “It does get difficult at times because it is repetitive.”

“Mentally, it can be taxing if this continues for this long a period at a consistent rate. It has to be broken down, it has to be based on how the individuals are feeling and I think that conversation should take place regularly.”

“These things will have to be considered, what length of series and tournaments one will play, what impact the players will have mentally of staying in a similar environment for 80 days, and not getting to do anything different, or have the space to go see the family or small things like that. These things will have to be seriously thought about. At the end of the day, you want the players to be in the best state mentally and physically”-he added.

‘If you are good enough, you are old enough.’- Sir Matt Busby told this as he loved to give chance to teenagers. Now, all...
Read more
Football

Since his joining in January, Bruno Fernandes is making the headlines for every good reason with Manchester United. His performance is becoming better and...
Read more
Football

The Covid-19 pandemic has already affected the economical condition of every sector of the world. The football world is not an exception. Some small...
Read more

Team India leads by 1-0 in the T20 against Australia series as India defeated Australia in the first of three T20s at the Manuka...
Read more
Sports

Despite not being able to join team India for the tour of Australia due to a hamstring injury during the IPL, Rohit Sharma created...
Read more
Cricket

Virat Kohli and new records are always related to each other. He has reached a new record in the third ODI against Australia on...
Read more
Sports

India finally managed a win against Australia in the Third ODI to avoid a series whitewash. Australia had already clinched the ODI series win by...
Read more

The benchmark result for the upcoming AMD Radeon RX 6900 XT was posted by a Twitter user, APISAK, in the OpenCL database. The tested...
Read more
Google

Android users who are bored of their usual wallpapers will be happy to know about the new update that Google is rolling out for...
Read more
Load more

According to ESPN’s Adrian Wojnarowski, Anthony Davis’ agent Rich Paul has confirmed that Davis has agreed to a five-year, $190 million contract with the...
Read more

Team India leads by 1-0 in the T20 against Australia series as India defeated Australia in the first of three T20s at the Manuka...
Read more

David Alaba is nearing the end of his contract at Bayern, and as of now, there are no talks between Bayern and David for...
Read more

SC East Bengal's introduction to the ISL has been close to a nightmare for the fans of the club. Their opening match was against...
Read more