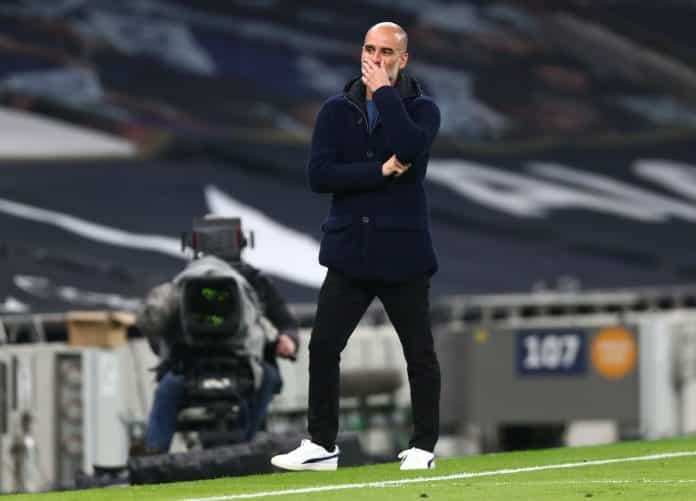 When the fixtures calendar was revealed midway in August, most fans of the footballing community predicted an uncertain Premier League title race with many teams in the mix of it.

What they did not know however was whether 9 games in, former champions Manchester City would be languishing in the bottom half of the table. It has been a disastrous start, the worst in any season since Pep Guardiola started his coaching career back in 2008.

The goals have dried up, the defence does not look well organised and naturally, the international break did not seek to improve morale as well. So the question really is – can City still fight their way back into title contention this season or has the dominance disappeared?

Yesterday’s game against Tottenham Hotspur which they lost 2-0 perfectly documented every single problem that the Sky Blues are suffering since the start of the season.

Possession is stacked up in the high 70s, shots and those on target are also taken and passing is also pretty much fluid in good areas. However, the chances are not converted to lead to goals and at the other end, defensive frailties mean that the opposition score goals with just about a few shots on target.

Most importantly, Pep’s men have lost a great deal of incision in the final third and their 10 goals in 8 PL games shows as well. Therefore, cutting down on the possession and pulling the trigger more often than not could probably change the fortunes in terms of their presence in front of goal.

There is also the fatigue factor which has taken a toll on these players, much like everybody else. But understanding Pep’s philosophy and tactical systems is no child’s play and requires a good deal of time.

Regardless, City need to buck up their ideas and start performing on the pitch sooner than later to have any chance of fighting for the title. For it were to be too delayed, then they may have to endure yet another disappointing season.

- Advertisement -
Powered by JustWatch
Share
Facebook
Twitter
Pinterest
WhatsApp
Linkedin
Previous articleCould 2020 be Atletico Madrid’s year to win La Liga?
Next articleManchester United have a problem on hand which is of their own making as Dean Henderson and Sergio Romero both have requested a January exit