Who is Ritwik Das, the 23-year-old winger who made his debut for Kerala Blasters in ISL? 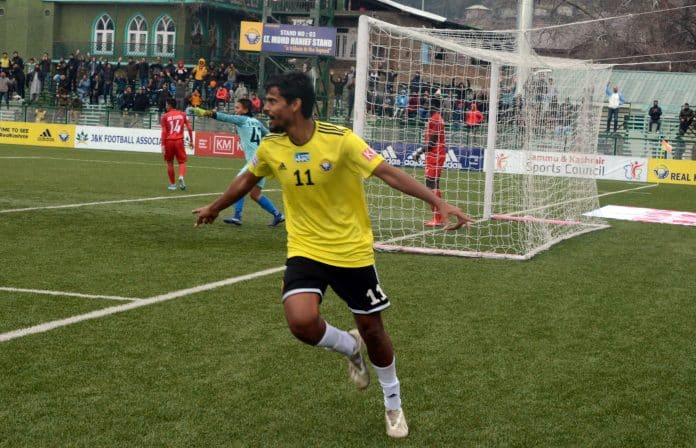 It is going to be a long and hard season for all ISL teams, especially in such unprecedented times affected by the pandemic. So the squads have been broadened and the number of opportunities to youngsters will be afforded more often than not.

One such player trying to make his mark on the big stage, is Kerala Blasters’ dynamic young forward Ritwik Das. The footballer from West Bengal was previously a Mohun Bagan academy product but started his career in the Indian top-flight with Real Kashmir in the 2018/19 I-League season. Whilst featuring in the second division, Ritwik scored 4 goals in 10 appearances for the club.

Ritwik’s ability is as a versatile winger who can also take on the playmaker’s role during matches. His versatility is one of the key standout features and also impresses with his workrate.

Although he did not frequently start for Real Kashmir, he was the first choice impact substitute for David Robertson to come and create some attacking output.

In addition to his frontline duties, he also likes to track back and support the defenders which make him an asset considering some teams are dangerous on the counter attack in the Indian Super League. Another way to look at it is that due to his versatility, he could be converted and used as a right-back in the future as well.

Under Kibu Vicuna’s tutelage, there is no doubt he will receive the requisite opportunities to create a mark of sorts. He already impressed enough in training to earn a start against ATK Mohun Bagan in yesterday’s ISL opener.

Although there was not much chances created, Ritwik got into the right areas and was often seen asking for the ball to dribble past the Mariners’ defence.

Kerala Blasters will certainly be his home for the upcoming season, but it will interest to see how one of India’s rising stars can progress his career ahead.