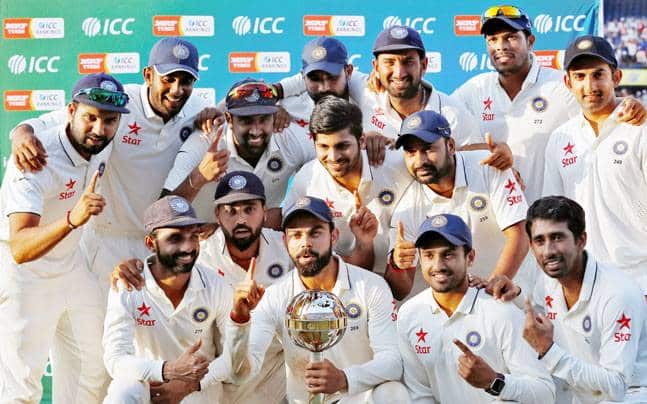 Indian team is out of action since March. They will start their action against Australia from the 27th of November.

Earlier it was decided that the nine top-ranked sides will play six series over two years with the top two making the final at Lord’s. But it was postponed or cancelled due to the COVID-19 pandemic. So, ICC needs to find out some other way.

“Both the Cricket Committee and Chief Executive Committee support the approach of ranking teams based on completed matches and points earned as this reflects their performance and doesn’t disadvantage teams that have been unable to complete all their matches through no fault of their own”- ICC Chief Executive Manu Sawhney said about this new system.

But it is bad news for Team India as it has seen them in the second position in this new point formula. They are now behind Australia on the leaderboard.  Australia has a point percentage of 0.822 and India has 0.75.

Interestingly India will play 4 Tests against Australia this December and January. Virat Kohli’s man will surely want to get better of the Aussies and want to get back to the top again.

ICC have revealed the nominees for the various awards including the likes of ICC Player of the Decade Award. The Indian cricket fans will...
Read more
Cricket

After a long break due to the COVID-19 pandemic, Team India is finally going to start their international action against Australia next week. The Indian...
Read more
Cricket

Virat Kohli and co will have a restless schedule in 2021

International cricket was in a halt since the start of the pandemic. The Indian Cricket team is yet to start their international series. But...
Read more
Cricket

BBL 2020-21: The 3 new rules which will be introduced in Big Bash League from this season

Big Bash League is one of the most exciting tournaments in the world. Cricket Australia is going to implement three exclusively new rules...
Read more