Sourav Ganguly thinks ISL will inspire other sports to resume 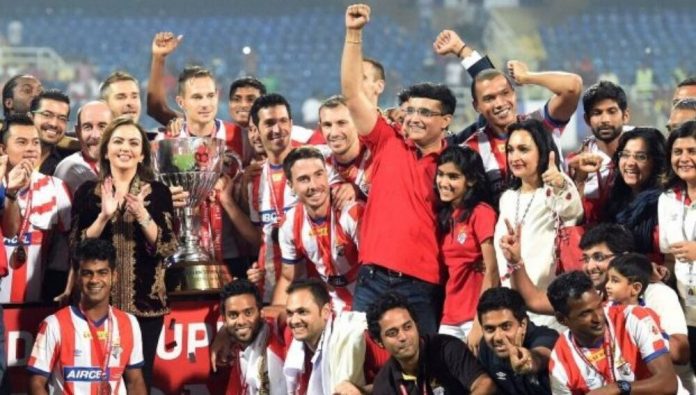 ISL becomes the first sport in the country to resume on such a large scale. IPL was hosted in UAE due to the Coronavirus pandemic but ISL is being hosted inside a bio-secure bubble in Goa.

So BCCI president and ATK Mohun Bagan co-owner Sourav Ganguly thinks that ISL being hosted in India will inspire other sports to resume after the Coronavirus break.

Ganguly said on ISL’s Instagram Live session: “Cricket has just finished; now it’s time for more sports, time for football. I have always been very connected with the ISL. I have enjoyed it because born in Calcutta and from a very young age, I have seen football only. Cricket came later, so I have been attached with ATK and now ATK Mohun Bagan since the inception of the ISL.”

“We have been champions three times, so the attachment is even more because when you play well and win, you get more attached to it, so looking forward to another great season starting in Goa from November 20,”

Ganguly said ISL would inspire a lot of other sports as well.

“…and I say that, including cricket because our domestic season will start soon. We are looking to start in the New Year. It will inspire us to feel that security that if the ISL goes without any hiccups and I am sure it is going to happen, because the bio-bubbles have been created. We saw how the bio-bubbles have [had] an effect in the IPL. It will inspire a lot of other sports to keep starting because a lot of them are still tentative,” he said.

“We have to slowly enlarge the ISL and it will happen. Give this sport 10 years, give ISL 10 years, and let’s talk after 10 years. There’s no quick fix in this world, especially with football. We need to give it a bit more time. So, more teams will obviously be involved. We have seen it. We started from eight in the first year to 11 now and with time it’s going to bring interested parties back to the game.”

So now, it will be interesting to see how the other Indian sports react by seeing ISL and whether they will resume keeping the safety protocols intact.