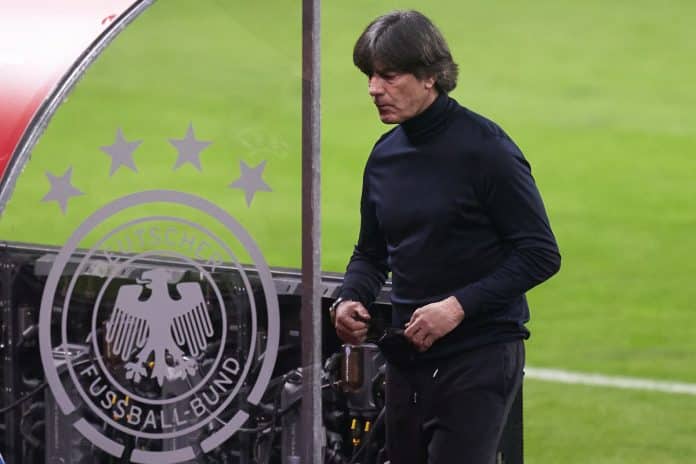 Spain managed to embarrass the 2014 World Cup winners when they came to Sevilla in the UEFA Nations League in a 6-0 defeat. The clash between the two World Cup winners was a heavily anticipated match and was expected to be extremely competitive. However, it was anything but a competitive fixture.

Spain looked much fresher of the two teams on the field, and Germany tended to play out from the back in an extremely risky fashion. While not in possession, the Germans looked loose and prone to being exposed by an in-form Spanish team.

The most surprising part about the defeat was the fact that Die Mannschaft had most of their best players. The back-four consisted of Matthias Ginter, Niklas Sule, Robin Koch and Philipp Max.

Germany looked out of their depth every time Spain went forward, and it is a serious concern for Joachim Löw. Especially considering the standards that the Nationalelf are used to.

While the DFB decided to go forth with Löw as their head coach, the 60-year-old who led the nation to the 2014 World Cup has come under heavy criticism for not playing experienced veterans like Thomas Muller, Jerome Boateng and Matts Hummels.

Boateng and Muller managed to win every single trophy with Bayern, and have still not been picked by the coach. Löw’s explanation for leaving out the experienced players is to try and bring through the next generation of players.

While doing it at the cost of an international tournament could be subject to debate, it is clear that the players had a lack of understanding between them. In such a scenario, having Boateng and Hummels, two seasoned veterans who have played with each other could have been much more helpful.

Löw’s decision of leaving out the more experienced players had the best work out if he is to retain his job as coach of Die Mannschaft. Past glories count for nothing in football if the future looks bleak. And on the back of the 6-0 thrashing, the future seems bleak for Germany if no changes are implemented.