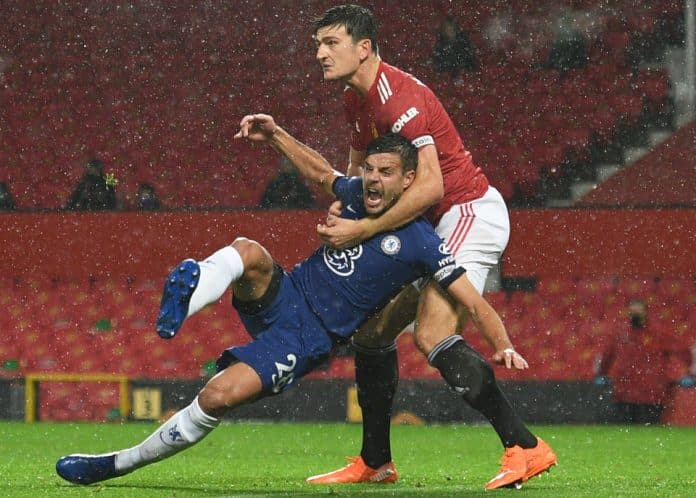 After some outstanding display against RB Leipzig in UEFA Champions League, they lost against İstanbul Başakşehir F.K. by 2-1. They also lost against Arsenal before that in the Premier League by 1-0. They were beaten by Crystal Palace in the opening Premier League game as well this season.

United fans and some former players were not pleased with the performance of their captain. Harry Maguire’s mistake cost United multiple goals this season goals. He was also criticized for his performance by some pundits as well.

The prices show Manchester United has spent €80m only on Harry Maguire for their reinforcement while Chelsea’s total spending was of €80m. This also shows how good Chelsea has handled the situation in the transfer market than Manchester United.

Last season, in some matches Chelsea defense and goalkeeper Kepa Arrizabalaga had made some awful mistakes. This season the club had learned from the past and don’t want the repeat of the same mistake.

There is a totally different situation for Chelsea this season. After a few noticeable defensive flaws, Chelsea had made some valuable addition in defense and goal. The addition of experienced Brazilian central back Thiago Silva, left-back Ben Chilwell, and goalkeeper Edouard Mendy is looking like a valuable addition now.