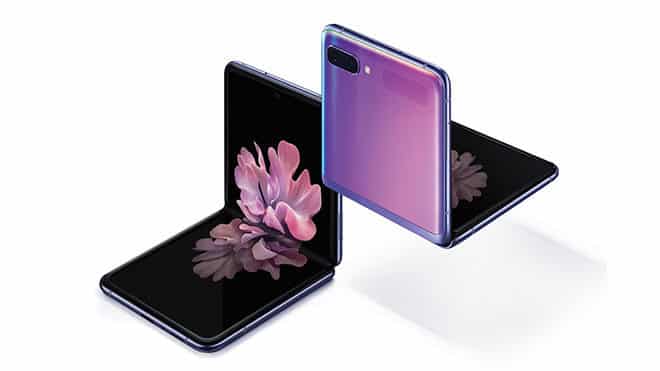 In terms of foldable or flip smartphones, Samsung has come a long way. It is true that those phones are pretty expensive, but still, we can expect that foldable phones may be the future of smartphones. Samsung has already launched a number of foldable and flip phones in the market, like the Galaxy Z Fold series or Flip series. Earlier, a rumor had appeared in the market that Samsung is working on a GalaxyZ Fold Lite. This phone was expected to be cheaper than the Galaxy Z Fold 2. But as of now, Samsung has moved from this project. Ross Young, founder of DSCC also has said he had no news regarding the launch of the Z Fold Lite. That too indicates that Samsung has shelved the launch of the Z Fold Lite.

On the other hand, Ross Young is expecting a launch of the Samsung Galaxy Z Flip Lite pretty soon. So, in place of the Z Fold Lite, we’re going to get the Z Flip Lite. It is also said that the Z Flip Lite will be cheaper than the Z Flip. We can expect a similar Ultra-Thin Glass in the Lite model similar to the standard Z Flip. On the other hand, the Galaxy Z Fold Lite was expected to go with a full plastic body (similar to the Galaxy Fold) in order to save on costs.

As of now, Samsung has not confirmed anything regarding the specifications and pricing of this upcoming Z Fold Lite. It is not sure, but we can expect an under-display selfie camera on this flip phone. Also, it will be good to see whether Samsung will use any kind of S-pen with it. But only one thing by which we can think about to buy this is that it is going to be cheaper than the Galaxy Z Flip. Samsung may be looking for a good sale in this flip phone section of them. So, let’s just wait for some new statement from Samsung regarding this phone.