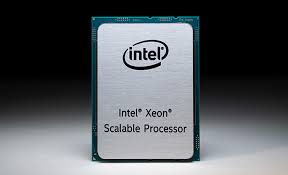 Intel will soon release its Ice Lake-SP Xeon CPU’s and the processors will come with an updated core architecture. The processor will reportedly deliver 18% more IPC than its predecessors. The manufacturer claims that its CPU will be a better performer than AMD’s 2nd generation EPYC Rome CPU’s.

The Ice Lake-SP Xeon CPUs is on track to be launched in the mid of 2021, and intel assures the same for its CPU. The Xeon CPU is based on a 10nm process node and comes with a brand new microarchitecture and a new platform.

It will use Sunny Cove core architecture that offers 18% IPC uplift over Skylake based processors. It also has support for PCIe Gen 4.0 along with up to 6 TB of memory support. When this giant from intel was pitted against AMD’s 64 Core EPYC 7742 CPU, the 32 core Ice Lake-SP Xeon CPU delivers 30% faster performance in life sciences and FSI workloads, according to sources. The results were measured within NAMD STMV, Monet Carlo, and LAMMPS.

According to sources, intel’s CPU was running at 2.2 GHz of clock speed and a total of 256 GB of DDR4-3200 MHz memory. While its rival, the AMD EPYC platform, was running at 2.25 GHz and 256 GB of DDR4-3200 MHz memory. So, the comparison was pretty much fair and decent, and one could easily see intel gaining 20 to 30 percent over its competition. However, in terms of efficiency and standard performance, AMD’s EPYC lineup has the upper hand and has dominated Intel in every benchmark.

Let’s not forget that Intels CPU compared against AMD’s 2nd generation EPYC processors. The real beast will enter the competition soon. Intel is already falling behind AMD in the server processor market; with the advent of the 3rd generation EPYC line-up, Intel will soon have nightmares in the server processor market. The year 2021 will really be epic for the semi-conductor market.