Fans may be back in the Premier League from December 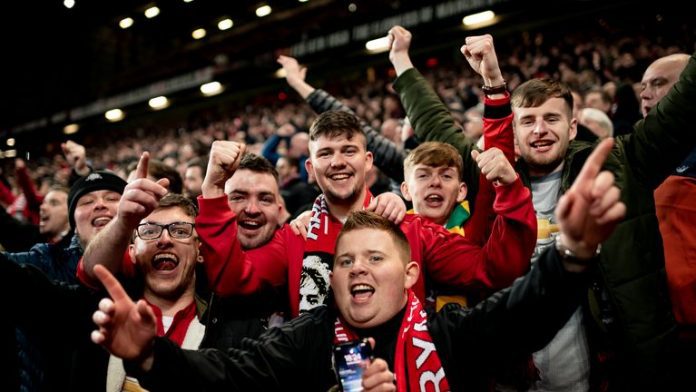 Football without fans can never be complete. But because of the COVID-19 pandemic, it was not possible to allow anyone inside the stadium.

But UEFA has already told that 1/3rd of the fans can be allowed by maintaining the social distancing norms and rules of local government.

According to a report in the Daily Mail, negotiations are going on over a possible return of fans to watch their beloved teams.

The Department of Culture, Media and Sport proposed the return in December after the end of national lockdown on 2nd December.

In England, the number of people dying in Covid-19 is now more than 40%. One of every 6 affected persons is dying from the virus. According to a weekly report by the Office for National Statistics, almost 2000 people died between October 31 and November 6.

A report by The Telegraph said that the Premier League is in contact with the government to issue a health passport and to add the COVID-19 vaccine. But they predicted a return of fans in January 2021.

Recently in an interview Manchester United’s Chief Operating Officer, Collette Roche said, “We were really disappointed when the government decided not to allow fans back in the stadium in October because we’ve got everything in place to make sure we can do so safely.”

“We’ve got all the COVID security measures and other processes ready to go. We spent around two months working with the government guidelines to develop the right processes and measures to make sure that we can have around 23,500 people in this stadium safely social distancing.”

Premier League is one of the most exciting leagues in Europe. All the clubs are ready to welcome their fans into the stadium. The voice of the fans in the stadium adds a perfect flavour. The financial crisis of the clubs can also be improved to some extent.