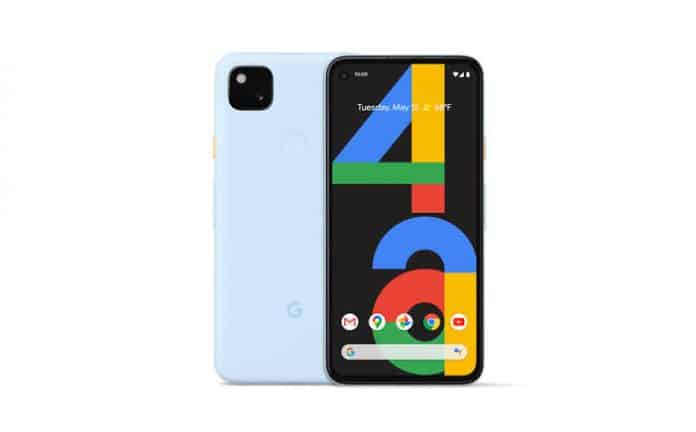 Recently, Google has released the Pixel 4a smartphone in the US; now, the company announces that they will launch a new color option on Pixel 4a, called- Barely Blue. According to the company, this upcoming color will be a limited edition variant and only available in the US and Japan.

There will be no extra feature will be added in this upcoming variant of Pixel 4a. In the beginning, the company will only available in the US, but according to Android Authority, the Barely Blue Pixel 4a will be sold in Japan from early 2021.

Specification of Google Pixel 4a

The phone comes with a 12MP rear camera housed in a square camera layout with a flash. The rear camera supports HDR+ with dual exposure controls, Portrait Mode, Top Shot, Night Sight with astrophotography capabilities, and fused video stabilization. There is also optical image stabilization (OIS) to reduce the impact of usual jerks. The 8MP front camera is housed in the punch-hole cut on display.

Pixel 4a features Snapdragon 730G and comes in both 4G and 5G variant. The phone runs on Android 11 with the latest Google Assistant configurations and all the latest google app support. The phone is available in 6GB LPDDR4x RAM and 128GB storage that can also be expanded externally via micro-SD card. The phone is powered by a 3,140mAh battery and supports 18W fast charging.

So, if you are in the US, you can easily grab this deal, and it is not at all expensive to begin with. This Google Pixel 4a is only available in just Black color and 6GB RAM/128GB of non-expandable storage. So, if you are interested, then you should grab this deal right now, through Amazon.