Who is Alejandro Balde, the 17-year-old left-back promoted to Barcelona first team? 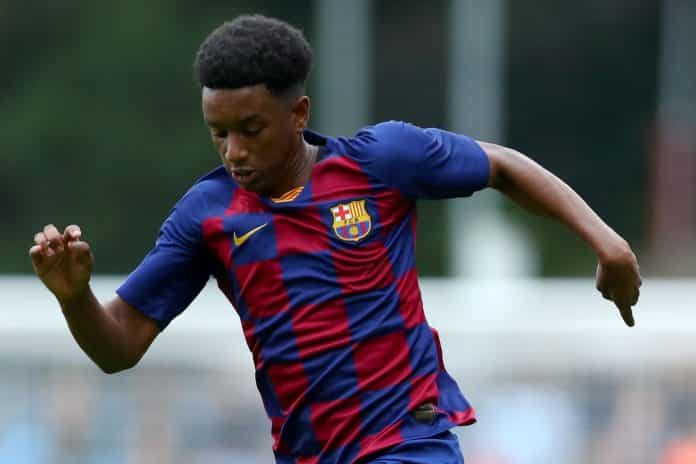 In a surprising promotion for La Masia academy member Alejandro Balde, the 17-year-old has been called up by Barcelona manager Ronald Koeman to train with the team.

The idea is to integrate the player into the first-team action gradually, considering the club are willing to sell existing backup left-back Junior Firpo in the winter window to sell the player and raise some funds, considering Barcelona’s dire financial situation at the moment.

Koeman believes that Balde could be an adept replacement and also be a good understudy to current first-choice left-back Jordi Alba at the club.

Barcelona who have always been known for playing out bold moves to promote their youth players have taken the same step with young Balde as well. But it is interesting to note that the young defender has not featured for the B team in the Segunda Division yet.

Which means that from the current setup of the U19s, he will directly make the jump up to the first team and that is indeed a big thing for the player. He is currently out having injured his ankle earlier this year and will feature only in January.

Those who have seen him closely believe that Balde’s main strengths include his physicality, pace and attacking play aspects. However, in order to become a more complete defender, he will be groomed by the coaching staff at the club and kept a close eye on.

The earliest possibilities where he could play would be the Copa Del Rey matches and that can also present a chance for Jordi Alba to be rested.

Regardless, it is a big moment for Balde who will begin training as soon as early January next year and dream of training and even playing with some of the biggest footballers at the Catalan club.