Samsung to launch new smart monitors by the year-end 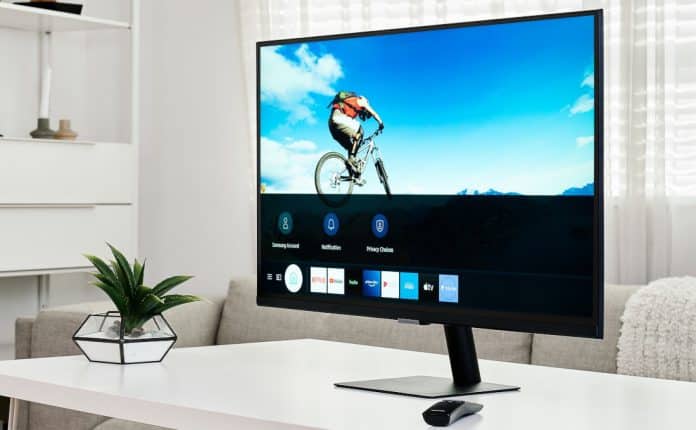 According to sources, the Monitor will run on Samsung’s Tizen OS software. It can also connect with a Wi-Fi network to stream HDR10 content. Samsung has offered streaming support for apps like Hulu, Netflix, Apple TV, YouTube, and many.

All variants come with wall mounts and have two built-in 5W speakers. It also includes a remote control with voice assistant support for Bixby 2.0 and Alexa and Google Assistant.

The M7 Smart Monitor has plenty of connectivity options, including a USB-C (capable of DisplayPort video, data transfer, and power up to 65W). The company is also providing two HDMI 2.0 ports to spare, which includes the two HDMI 2.0 ports sans USB-C. There are also three USB-A 2.0 ports for data on the M7. Each of the M5 monitors has two.

As for now, only a lot of details have been offered by the company. But the M5 Smart Monitor will be released in a few weeks. At the same time, the M7 models are set to be released in December.