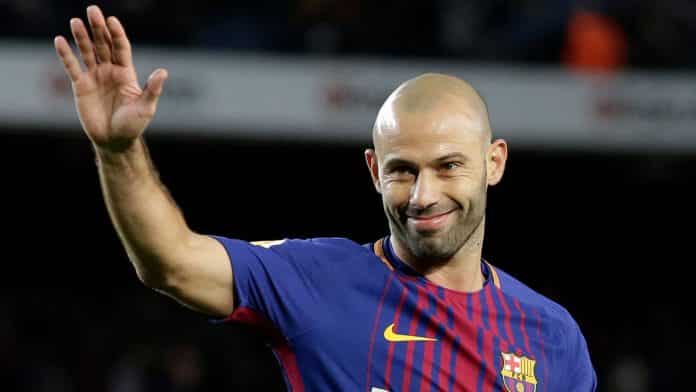 Former Barcelona and Liverpool player Javier Mascherano has officially announced his retirement from football. The 36-year-old last played for Estudiantes in his home country of Argentina.

Coming through the ranks at the River Plate Academy, Mascherano eventually earned a move to Brazilian team Corinthians in 2005.

He then joined West Ham United in the Premier League and was eventually signed by Liverpool, where he truly made a name for himself in the highest level of the sport in Europe.

Mascherano would then join fellow Argentina national team member Lionel Messi at Barcelona in 2010. After spending 7 and a half amazing years in Spain, Mascherano eventually left for China before moving back to Argentina where he called it a day.

The majority of his achievements came during his time at Barcelona, with an unbelievable team around him. He won the treble with Barcelona in the 14/15 season and was also a part of the team that won the Champions League in 2010/11.

The Argentinian won 5 each of league titles and the Spanish Cup with Barcelona, along with 3 FIFA Club World Cups and Spanish Super Cups. He has a UEFA Super Cup medal to his name with Barcelona as well.

For the national team, Mascherano is a two-time Olympic Gold medallist, receiving the honour for the first time in 2004, and following it up in 2008.

Mascherano was very versatile as a player, and could operate fluently both as a centre back, as well as a defensive midfielder.

While he has managed to win every trophy available in club competitions, the exit was not quite one that the player was hoping for. He announced his retirement after a 1-0 defeat to Argentinos Juniors in the Argentinian league cup.

The main reason behind Mascherano’s retirement was a lack of enthusiasm for the game, according to the man himself.