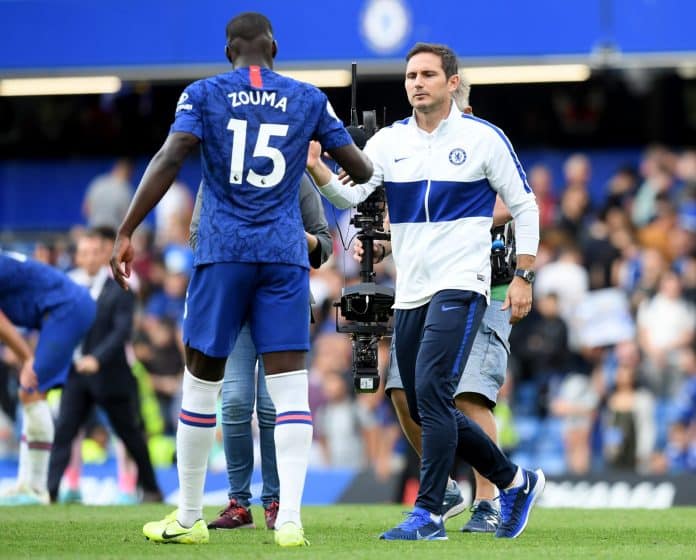 In stark contrast to the 19/20 season, Frank Lampard has managed to breathe new life into the Chelsea defence. The extent of their baptism makes them one of the best defensive sides in the Premiership so far.

The Blues have conceded 10 goals in 8 matches so far, and of the ten, Edouard Mendy has let in only one. His record clean sheet streak was broken in Chelsea’s 4-1 victory over Sheffield United in their most recent outing.

While Mendy deserves credit for being strong between the sticks, Kurt Zouma has been in amazing form since the beginning of the 20/21 season. His recent run of form has cemented his position as one of Frank Lampard’s first-choice centre backs, alongside veteran Thiago Silva.

To the credit of the Frenchman, Zouma’s brilliance so far this season is backed up by the numbers. The centre back has won an amazing 96.3% of all aerial duels contested, which is the best in all of Europe’s leagues.

His dominance in the air is further complemented by the fact that Zouma has managed to score 3 goals for the club, with two coming off the defender’s head.

Zouma closely edges out Atalanta’s Berat Djimsiti, who has managed to win 22 out of 23, in comparison to the former’s 26 successful defensive headers out of 27.

Despite a rather disappointing start to the season considering their status in world football, Manchester United’s Harry Maguire is third in the list for the most successful defensive aerial duels, winning 27 out of 30.

Chelsea’s newfound solidarity at the back could be key to a successful campaign under Frank Lampard this time out. Considering the money spent in the summer, silverware at least in the form of the FA Cup would be a fair expectation from Lampard’s second season in charge.