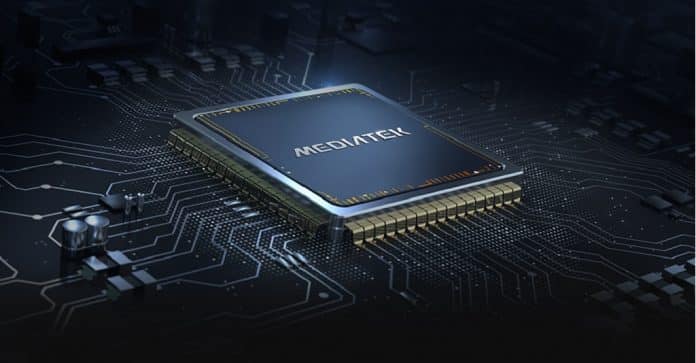 The Chinese tipster Digital Chat Station has released a report about the performance of the MediaTek MT6893, where it says MT6893 performs better than the Dimensity 1000+ chipset. An upcoming device of Redmi will launch this new chip.

MediaTek’s best chip is now Dimensity 1000+. According to the report, the single-core score of MediaTek MT6893 is about 4000 points, which is higher than Dimensity’s single-core score. When it comes to the multi-core running score, the MT6893 hits between 10k to 11k points, and the Dimensity scores between 11k to 12k. The new chip is not good for the multi-core segment compared to Dimensity 1000+.

There is not much information about this new chip except it has 8 cores. MediaTek has announced officially that it will launch a new 6nm chip with 5G technology. It is rumored that the model name is ‘MT689X’. This chip features an ARM Cortex A78 core CPU, manufactured by TSMC. The new Samsung Exynos 1080 has the same architecture and CPU frequency as the MT689X. The chip could be an overclocked version.

Digital Chat Station has revealed that the Cortex-A78 is clocked at 2.8 GHz or it might come with two versions, where the powerful version might reach 3.0 GHz and the other Cortex-A78 will likely to hit 2.6 GHz. The Cortex-A55 of four cores will reach 2.0 GHz. For graphics, it features the Mali G77 MC9.

MT6893 still can perform better and we can expect to overtake the Dimensity 1000+ in a final performance.

MediaTek could unveil its first 4nm chipset by end of the year: Report