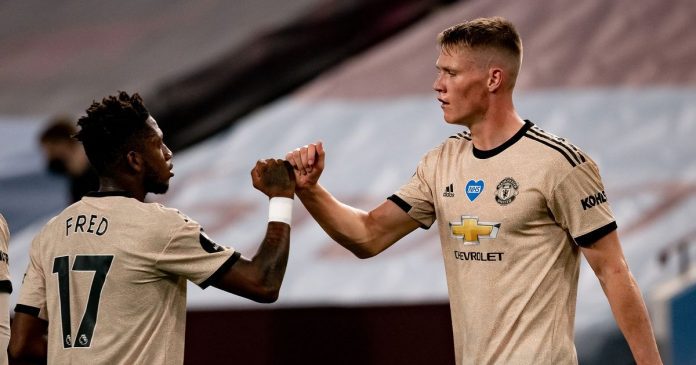 Defensive issues, poor form of some key players, injury issues are some of the problems for Manchester United. But in this big-time, the midfield duo of Fred and McTominay is stepping up again.

In last season after multiple injury issues inside the team, Fred and McTominay had stepped up and found their rhythm in the team. The duo is doing the same thing again this season.

After Manchester United’s win against Everton in Goodison Park by 3-1, Ole Gunnar Solskjaer said, “Scott and Fred have done brilliantly together.”

“They’re a great partnership. Of course, they didn’t start during the week. Scott played 45 minutes in Turkey but you can see they have fresh legs.”

“With Bruno’s goals, Scott and Fred with that energy and in that engine room are always key for us so our creative players can go on, create chances, show their magic.”

The midfield duo just calms things down in the midfield and cover up their defense from any sort of attack. It helps the attackers to build on the momentum after the duo wins the ball in midfield.

Some stats suggest the performance of the Red Devils is excellent whenever the duo starts in a game or play together this season. They have even forced Paul Pogba out of the starting XI in the last few matches.

It will surely be a tough call for Solskjaer in the next matches to decide the starting XI after the constant performance of Fred and McTominay.