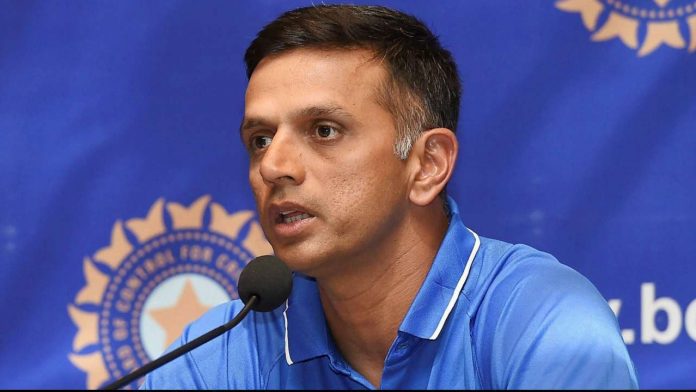 Former Indian captain, the legendary Rahul Dravid strongly believes that the Indian Premier League (IPL) is “ready for expansion” in terms of the number of teams playing in the tournament.

The planning for IPL 2021 has already started. The Board of Cricket Control of India (BCCI) will have to conduct the IPL 2021 roughly four months from now on. However, there’s a significant decision yet to be taken about the possible inclusion of an additional 9th franchise. There are also talks of possibly ten teams by 2023.

Dravid strongly supports the move as he claims there are a lot of talented players who are not getting opportunities. If there’s anybody who knows about the talented cricketers at the domestic level, it’s Dravid! He’s the director of the National Cricket Academy (NCA) and also coaches the U-19 Indian team.

‘The Wall’ strongly believes in the expansion of the IPL!

“I feel IPL is ready for expansion in terms of talent if you look from a talent perspective. There are a lot of talented players who are not getting an opportunity to play.”

“So I believe we are ready as there are a lot of new names and faces in terms of talent perspective,” Dravid said during the virtual launch of Badale’s book ‘A New Innings’, which he co-authored with former English cricketer Simon Hughes.

Dravid believes an added team will also give the chance for young players to showcase their skills and learn from senior international cricketers.

“Earlier, you only depended on your state association to select you for Ranji Trophy. Now, from a state like Haryana which produces so many quality spinners like Yuzvendra Chahal, Amit Mishra, and Jayant Yadav, Tewatia would have had limited opportunities.”

“As coaches, we can help the young players in their journeys but what helps them grow is experience. Look at a Devdutt Padikkal who is batting alongside Virat Kohli or can learn from AB de Villiers.”

“Look at someone like T Natarajan. It was because of the quality of data that he was able to go back and work on his yorker and that one skill has now got him into the Indian team,” he said.