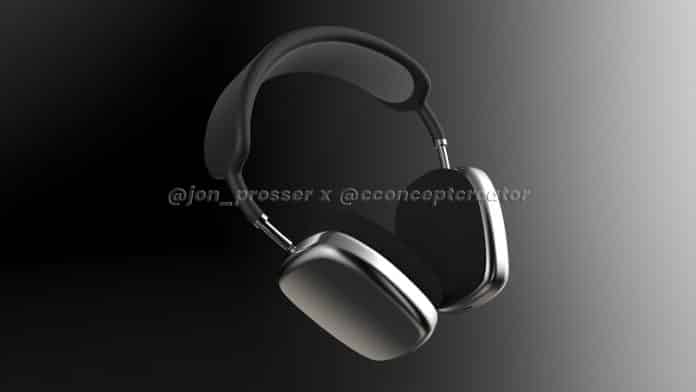 We already know that Apple was secretly working on its own pair of headphones, reportedly called AirPods Studio. There have been some alleged renders and leaked product images over the past couple of months. With the rollout of the first iOS 14.3 beta also comes an icon that gives us a brief look at what Apple’s upcoming headphones might look like.

This headphone icon closely resembles both the leaked renders and images we have seen for many weeks. The over-the-ear headphones feature oval-shaped ear cups and are connected to the padded headband via thin metal arms. According to sources, the earcups support a swivel design, and also they can be folded to make it easier to carry them around in a backpack.

AirPods Studio will arrive in two variants – a $599 premium variant with metal & leather build. The second variant will be a $349 fitness-focused sports variant made of lighter materials and customizable. The device will have active noise cancellation, wear detection, and more.

Apple’s headphones were supposed to arrive before the end of 2020 but were delayed due to quality issues. Apart from AirPods Studio, the iOS 14.3 beta update also includes AirTags in the Find My app. a magnifying glass hovering over the headphones, a backpack, and a suitcase as if trying to find them, appearing on the beta update screen is proof of the update.

There is no information for when Apple plans to launch both the AirTags and AirPods Studio headphones. But with the current launch of apple devices, the days do not seem that far ahead.