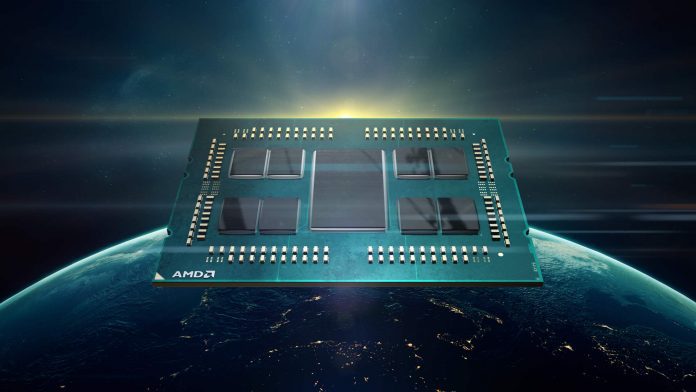 AMD’s third-generation Zen architecture based EPYC Milan lineup is expected to start shipping later this year. The mammoth from AMD features 64 cores and 128 threads. It will be configured with a 280W TDP. Its clock is reported around 2.45 GHz base and up to 3.55 GHz boost, but they are just results from a sample version and will definitely increase.

The processor has ‘100-000000312’ OPN code, and the EPYC 7763 is expected to sport faster clocks in the final variant. The AMD EPYC Milan processors will succeed in the current EPYC Rome lineup, and the new Zen 3 core architecture is based on an advanced 7nm process node. The processors would focus primarily on overall performance per watt enhancements, according to AMD.

Sources reported the official stated from Norrod stating, “unlike Zen 2, which was more of an evolution of the Zen microarchitecture that powers first-gen Epyc CPUs — Zen 3 will be based on a completely new architecture. Zen 2 delivered a bigger IPC gain than what’s normal for an evolutionary upgrade — AMD has said it’s about 15% on average — since it implemented some ideas that AMD originally had for Zen but had to leave on the cutting board”.

AMD has assured that the CPU’s will be completely available by the first quarter of 2021 and that its new CPU lineup will be better than Intel. Intel’s Cooper Lake SP 14nm and Ice Lake SP 10nm will start shipping next year. It will be interesting to see the two rivals going head-on against each other.