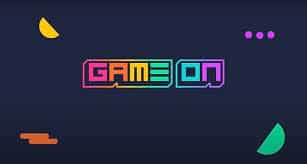 We already know that Twitch is the leading video game streaming platform. It allows gamers to build up a fan base to watch and support them online in real-time during games. The platform was acquired by Amazon in 2014, and since then, it has offered more content and satisfaction to its users.

However, Amazon has just launched a new gaming platform for Android users, called GameOn. Recently, Twitch introduced the Watch Parties, which allowed gamers and their audience to watch Amazon Prime movies together live. As the world was still grappling with the Coronavirus pandemic, and total lockdowns were in force in most countries, the feature was really an opportunistic thing for the company. The introduction of the party feature thus sparkled the feelings of moviegoers globally.

Amazon GameOn allows Android gamers to share their gaming moments with the GameOn community in the form of short video clips. Since the service is still new, there is no live streaming of games, unlike Twitch. The GameOn app is available on Google Play Store for Android users, and Amazon App store, for Amazon tablet users. It allows the user’s to record gameplay videos similarly to the screen recorder.

Simultaneously, the user can also record his reactions to the game being played using the phone’s front camera. The duration of record clips is about 30 seconds and 5 minutes. The app also allows simple video editing and lets users share their recordings with their community. It also offers weekly challenges in the GameOn app, and hundreds of free mobile games on the Android operating system are well interfaced with.

As the demand for digital games increases, the introduction of a gaming platform for android is a good investment. If amazon manages to turn its new services into a Twitch for Android, it could add more profits for the company.