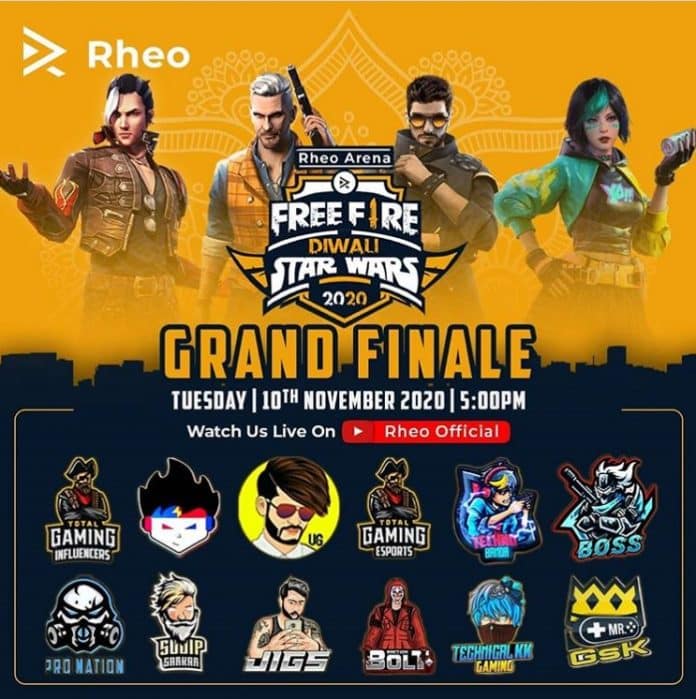 During this time of the pandemic, the online gaming industry has reached new heights. While stepping out of the house has taken a back seat, online games like Free Fire has come to the forefront.

The event was held from 8th-10th November with 24 teams taking part. Almost all the big names in Free Fire played the tournament including the likes of Total Gaming aka Ajju Bhai, Desi Gamers aka Amit Bhai, Total Gaming Esports Team, Undergraduate Gamer etc. The teams which are going to represent India in Asia Series also played.

The 24 Teams were divided into Group A & B (12 Teams) and from each group Top 6 teams moved to the Grand Finale. Here’s the standing of the teams after Group Stage.

The top 6 teams from each group qualified into the Grande Finale which was held on 10th November. Here’s the full match standing after the Grand Finale.

Aaction Bolt became the champions after topping the leaderboard with 80 kills and 153 points and won 25,000 INR. Jigs Official and Technical KK finished second and third and got 15,000 INR and 10,000 INR respectively.

The Free Fire tournament organized by streaming platform Rheo TV was a massive hit among the fans. Everyone hopes that they will bring more events like this in the future.

Free Fire is featuring Hritik Roshan as an In-Game Character