Harry Kane hails Mourinho for instilling confidence into the team 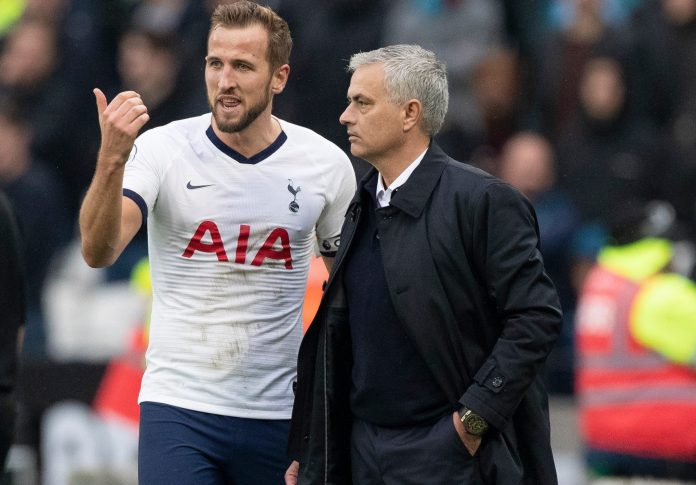 Tottenham Hotspur endured a rough campaign last season. Mauricio Pochetino was sacked and Jose Mourinho was appointed as the new manager. Since joining the club, Mourinho has steadily balanced the ship and helped them to finish 6th in the Premier League and just qualify for the Europa League.

This season Tottenham Hotspur has become a genuine title contender. They had a good transfer window, bringing in the likes of Matt Doherty, Sergio Reguilon and Gareth Bale headlining the list of arrivals in London.

Spurs briefly led the Premier League last weekend before dropping to second and are in the Carabao Cup quarter-finals. They are also in good shape to qualify for the Europa League knockout stages. Overall, Mourinho is slowly building a team capable of fighting on all fronts.

Kane told Spurs TV: “We have had a solid start to the season, I still think there is a lot to improve on in all aspects of our game,”

“There is a long way to go, we are in a solid place at the moment, we are feeling good, but we also know in the Premier League that can turn around if you lose two or three on the bounce.”

“The last couple of wins have been important, we perhaps didn’t perform as well but we ground out the results.”

“Obviously Jose is a winner at every level, he has come in with that aura about him and he wants to win things here.”

“It is just installing that confidence into the team, he is a great man, with great experience, so us as players can only look at that and take confidence from that. We have had a great relationship since he walked through the door.”

Tottenham will be hoping to at least finish in the top 4 of the Premier League and will obviously have a go at the Europa League trophy this season.