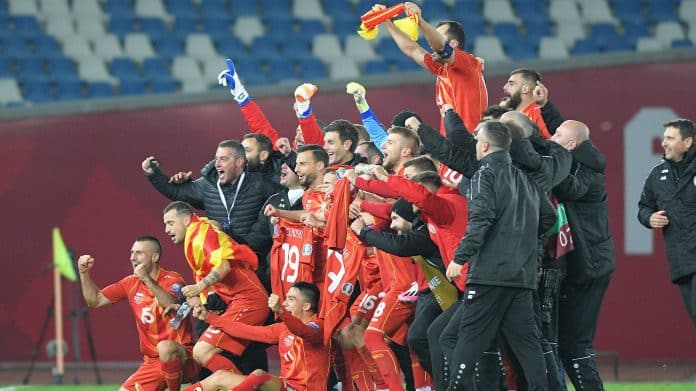 There were four spots in the UEFA Euro 2021 tournament, and eight teams vying for it. But the road to getting that spot was in no manner easy for any of the winning sides. While there was joy for some teams, there was heartbreak and despair for others.

The first match between North Macedonia and Georgia was undoubtedly the most important one, as the former qualified for their first-ever major international tournament in their history. And who else but skipper Goran Pandev to do so with his 115th national team appearance? The Genoa striker scored a fine goal and the Macedonia defence did well to keep the clean sheet.

Elsewhere, Slovakia endured a late scare from North Ireland after a late own goal by Milan Skriniar tied the match. But, Michal Duris’ 110th-minute winner meant that it was Slovakia who went through.

Another spot playoff match between Serbia and Scotland saw the former face massive disappointment. The Scots managed by former West Brom manager Steve Clarke dragged the game into penalties after a Ryan Christie strike was cancelled out by a Luka Jovic late equaliser. However after Aleksandr Mitrovic missed his penalty, Scotland won the game 5-4 in the shootout.

The final game was played between Iceland and Hungary. And as brave as the Icelandic men were, they eventually fell short to some injury time magic from Dominik Szoboszlai who scored the winner to take Hungary into the Euros.

So as it stands, North Macedonia, Slovakia, Scotland and Hungary have now progressed to the major European football competition. The beauty of football is nevertheless in these games where more than technicalities and tactics, the spirit and unity of morale comes to the fore.

And as we head into 2021, we are sure to witness a thrilling football tournament which promises many more joys and upsets.

England pose as a serious title contender for the EURO 2020