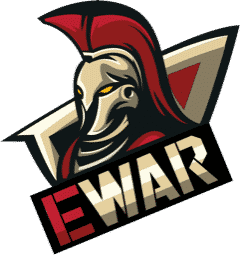 Here are five such fantasy cricket apps that you can look for and win real money:

Bengaluru-based EWar Games – India’s fastest-growing esports start-up has recently partnered with Delhi-based gaming giant Baazi Gamesto enter into real money games. This development comes at the time when India’s most loved T20 cricket league, i.e. the Indian Premier League or IPL is back in action (after getting delayed due to the pandemic), and parallelly an increasing number of people across the nation are showing interest in and/or turning to new genres of online gaming, including fantasy cricket and real-money-based-games. EWar is a one-of-its-kind, ‘Made in India, Made for India’ app which combines best features from multiple gaming platforms. Owing to an accelerated rise in gaming in India during the Corona lockdown, EWar Games has, as of date, crossed over 700K users on its platform and the start-up plans to acquire 5M users in the next to one year.

Delhi-based Playing11 is a platform that is riding on IPL 2020 to establish its presence in the increasingly crowded fantasy sports market. In the initial phase, Playing11’s growth centred on two major cricket events — IPL 2019 and ICC Cricket World Cup. Playing11 has garnered 300,000 users in a year. These users played 6,000+ leagues and earned over Rs 30 lakh in prizes. The startup is expecting a big user engagement and has planned prizes of up to Rs 1 crore for leaderboard winners. The platform also have exclusive meet-and-greet sessions for winners with its brand ambassador at the end of IPL who is Team India cricketer Yuzvendra Chahal.

Dream11 is not only the country’s first and only so far gaming unicorn but also the largest player in the sector and one that made fantasy gaming mainstream in the country. It has over 80 million users, and holds 1,000-plus daily contests across sports. The Dream11 app is available on Android and iOS; users can get a download link on SMS by entering their mobile number on the Dream11 website.

MyTeam11 is among the recent entrants in fantasy gaming but has made rapid strides in the last two years. It has over 12 million players, who have earned more than Rs 15 crore in winnings on the platform.  Players can increase their chances of winning by scoring with their fantasy team captain and vice-captain who earn in multiples of 2X and 1.5X. Users can also participate in polls and earn bonus cash through referrals. The MyTeam11 app download link can be obtained on its website. Besides IPL, players can also create fantasy teams for Caribbean Premier League (CPL) T20.

HalaPlay is a daily fantasy sports app that lets users participate in quick and easy real money games. It has grown over 10X since its inception and crossed four million users in 2019. It has conducted over 5,000 daily sports contests across sports leagues in cricket, football, and kabaddi. Users can win cash prizes up to Rs 10 lakh per day on the app. It targeted a selected age group of 20-26-year-old users and thereafter achieved impressive results. The variety of contests offered on Halaplay is quite good.