Frank de Boer is officially the worst Netherlands manager ever 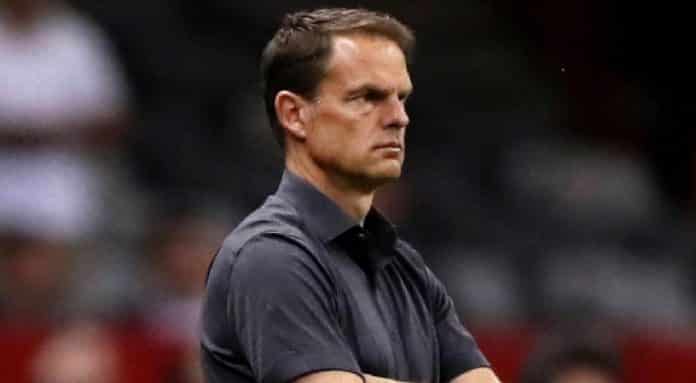 The Netherlands national team has not been the same since Ronald Koeman left the job to save a sinking ship called FC Barcelona. Frank de Boer was given the job after a spell managing Atlanta United in the MLS.

How that came to be is something that many fans were scratching their heads over. Those same fans are now furious with the coach, who has statistically proven to be the worst of them all as he has failed to win a single match in all the four games that he has been in charge of.

The Oranje managed to earn a draw against mighty Spain last night, stretching Frank de Boer’s winless run to four games straight. Donny Van de Beek managed to find the back of the net for the national team and made a strong case to be in a starting position for Manchester United.

On the other hand, Sergio Canales managed to open the scoring when he put the 2010 World Cup winners ahead in the 18th minute itself.

De Boer’s team did manage to equalise shortly after the half time mark but failed to find the win in the friendly fixture.

Although he was an amazing footballer during his playing days, as shown by his time playing for Barcelona and Ajax, along with the national team, his hand at coaching the national team has been disappointing so far.

He did a great job at Ajax, where he started out as caretaker manager but eventually transitioned into a full-time role. The former player led the club to four consecutive Eredivisie titles, making history as a coach.

Inter Milan and Crystal Palace are the other blemishes on the coach’s resume. He was sacked from the Inter job after only 85 days in charge, and after only 5 matches for Palace, with no goals scored.