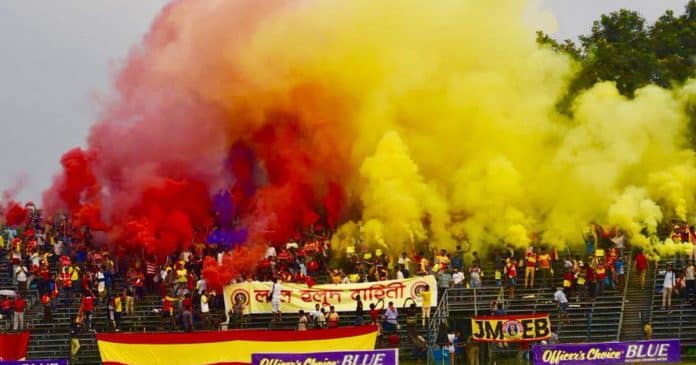 It felt like the ISL had run out of a little bit of steam in terms of the competitiveness levels and facing the same opponents time and again. Enter SC East Bengal, one of the biggest clubs in the land otherwise.

But as a new challenge awaits them, will they step up to it? We take a brief look at how they stack up ahead of the season –

East Bengal reinforced their squad depth with the signings of CK Vineeth, Balwant Rai and Jeje Lalpekhlua among Indian players and Anthony Pilkington, Danny Fox and Jacques Maghoma among the foreign recruits.

The “Red and Gold Brigade” however let go of Mehtab Singh, Mithun Samanta and Pintu Mahata to various I-League clubs. Overall, they have held onto their core from their last season in the I-League and only strengthened with newer additions.

Much like a few ISL rival clubs, East Bengal have not had issues finding the back of the net. In the 2019/20 I-League season, they were joint-third highest goal scorers with a total of 23 goals in 16 games. They also have experienced closing out games during dying moments, even if it means being defensively packed and securing narrow victories.

As has been the case with a few football teams around the world, a heavy influx of transfers into the club as well as having a new coach at the helm could prove to be a case of not having enough understanding on the pitch. There is also the challenge of uncertainty of adapting to a new league and fighting opponents with better quality overall.

Is there any need to look beyond Irish international and former Wigan winger, Anthony Pilkington? The fact that such quality players have entered Indian football is a big deal, and he will be keen to test himself to the ruggedness of the same. Pilkington had previously scored 14 goals and 5 assists in 75 Premier League appearances.

5th Place – For their maiden appearance in the ISL, East Bengal might just about miss out on the playoffs for the sole fact that they have no experience in this league and have too many players who may not be able to develop an understanding that quickly.