Surface Pro 8 is Spotted Again with Similar Design, but Improved Memory and GPU 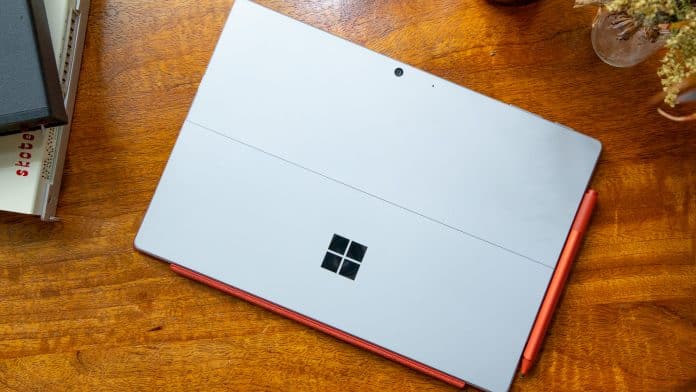 Previously we saw few images of the Surface Pro 8 prototype and now again more images of Microsoft’s new Windows 10 slate are revealed. However, Microsoft hasn’t changed the design compared to its predecessor.

Microsoft has considered the major upgrades inside of the tablet. In the series of Surface Pro, we saw a maximum of 16 GB RAM before the Surface Pro 8, which features 32 GB of RAM.

If we take a look at the specifications, we have an Intel 11-generation Core i7-1165G7 with an operating frequency of 2.72 GHz. It will let the user do memory-consuming workloads with ease. Coming to the memory slots, we got an upgradable 32 GB of RAM, but in the Surface Pro 7, we saw a non-upgradeable RAM slot.

For the GPU, it contains Intel’s new Iris Xe iGPU, which is an integrated iGPU. Intel has claimed that the Iris Xe is more capable than the Intel HD and the user will get a good experience of light-gaming also. Unfortunately, the design of the Surface Pro 8 is the same as its predecessor, Surface Pro 7. You will get those thick bezels with an I/O of USB type C port.

Surface Pro 8 contains a 1 TB of Samsung SSD for storage. Seeing the specifications we can assume that this Windows 10 tablet will be a premium device. It is the last quarter of 2020, still, Microsoft hasn’t confirmed any release date for Surface Pro 8.