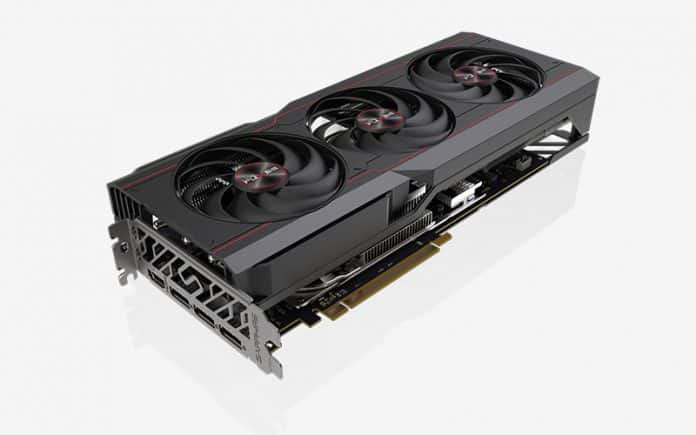 We know that AMD’s next-gen RDNA 2 based graphics cards will soon be custom adopted by the OEM’s. As such, we can quickly expect to hear a lot about them in the coming days. Recently, Sapphire officially announced its next-generation Nitro+ and PULSE Radeon RX 6800 series graphics cards. It includes three Nitro+ and two PULSE series cards, which has both Radeon RX 6800 XT & RX 6800 variants.

Sapphire’s Radeon RX 6800 XT Nitro+ is a massive triple-fan cooled graphics card. Two of the fans feature nine blades each, while the last one features 12 fan blades. The menu also features a gigantic metal backplate. A cutout at the backside allows air to pass through the aluminum fins of the cards. The card is said to feature a 2.7 slot design, and, from the looks, it features a large aluminum heatsink beneath the shroud, which features six massive heat pipes.

The main difference between the Sapphire Nitro+ SE and the Nitro+ variants is the fans that feature RGB LEDs. The Special Edition also seems to be the only variant to feature a USB Type-C connector. The rest of the Nitro+ line is configured with three DP and a single HDMI port. The SE variant feature’s higher factory overclocks and a slightly better PCB.

The PULSE variants come with Radeon RX 6800 XT & RX 6800 series. The PULSE series have a triple-fan solution, which is comprised of 9-fan blades. The heatsink has one less Heatpipe for the PULSE variant. PULSE cards feature a dual 8-pin connector configuration, and the display outputs also include the standard 1 HDMI and triple DP ports. There are no RGB LEDs present for the PULSE series.