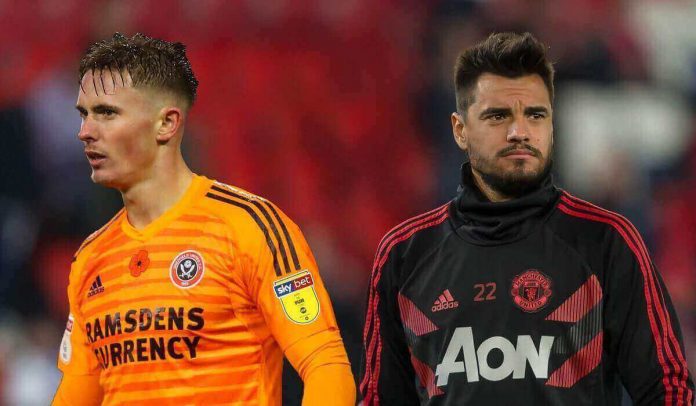 Manchester United goalkeeper Dean Henderson is considering a loan move in January. The English goalkeeper has featured only in 3 games this season, two games in Carabao Cup, and one in UEFA Champions League. After a fantastic season with Sheffield United in Premier League last season, he is yet to make an appearance in the Premier League this season.

As per reports, England boss Garry Southgate has told him that he must get more game time to be considered as England’s goalkeeper in the upcoming Euro which is postponed until next year because of the COVID-19 pandemic. Dean Henderson is eyeing his place in England’s Euro squad. So, he may ask his club for a loan move in January till the end of the season.

If Dean Henderson finally leaves the club in January on a loan then a situation will arise where Manchester United will need to rely on Sergio Romero as their backup goalkeeper again. The relation between the club and the Argentinian goalkeeper has not been good in the last couple of months. Sergio Romero was not even included in the Premier League and UEFA Champions League squad.

Last month Sergio Romero’s wife in her Twitter handle stated, “Sergio Romero worked hard for his club. The last trophy they won, they lifted it with him. He helped the team reach 4 finals and semi-finals and then he was left on the bench only to lose them all. It is time for them to return the opportunity and let him go. RESPECT FOR ONCE!!!!”

Now the question will be, how much committed Romero will be if he gets back his chance in the squad, after not being treated well by Manchester United.