Reincarnation of the old Nokia N95, a Modern version appeared with a side slider 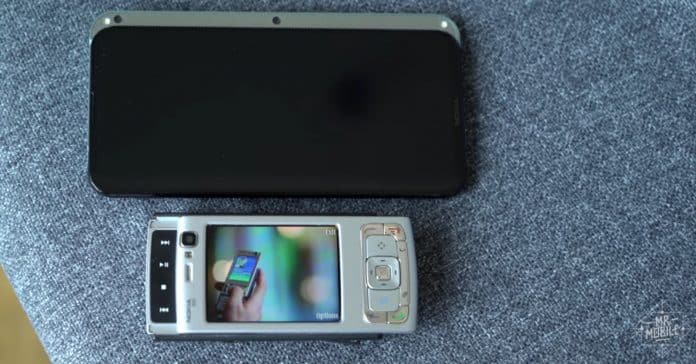 Before entering this topic, we just have to go a few more years back. Back in the year 2006, Nokia has made an announcement of this Nokia N95 flagship (definitely a flagship at that time) with a double slider design and that phone has entered the market in March 2007. At about 9 months after the announcement, that phone was launched and definitely it shook the whole smartphone world and made a future statement as well.

If we consider the time, back in the year 2006, when having a mobile phone is a very big thing, the Nokia N95 came with futuristic technologies combined with a music player, a decent camera, an impressive amount of memory, and GPS navigation. This phone ran on Symbian OS. Not only this but also this phone supports the installation of third-party applications. In terms of battery, this phone had a battery of 900mAH.

So almost after 14 years, HMD Global (an organization that creates under the Nokia brand) is thinking about releasing a successor or sequel of the Nokia N95, almost a reincarnation. As of now, we don’t have anything confirmed information about this successor, but we have an engineering prototype that shows what can be the design of the upcoming Nokia N95 v2.0.

As per the prototype of the smartphone, it will definitely have a side slider having the similarity with its older version. After sliding down, it will reveal the speakers, dual cameras, and LED flashes. It is expected to have a rear-mounted physical fingerprint scanner. Another interesting feature will be there, by which you can drag the circular ring of the rear camera outside and can use it as a smartphone kick-stand. As per the images, this phone can be slid in multiple directions for different functions, such as the vertical sliding (sliding upwards) can reveal a speaker at the bottom whereas left sliding is there to reveal the front-facing camera and a loudspeaker. Angular sliding is there as well.